KUALA LUMPUR: Portions of a high-rise apartment project that is still under construction in Taman Desa collapsed earlier on Friday (Feb 14).

Photos of the incident have made their way on social media.

Both the police and Fire and Rescue department are currently at the scene to assess the situation.

It is believed that at least four people were injured in the incident.

The case has been confirmed by Brickfields OCPD Asst Comm Zairulnizam Mohd Zainuddin.

"Brickfields police can confirm the incident and are at the scene with other relevant agencies. Further updates will be given soon," he said when contacted. 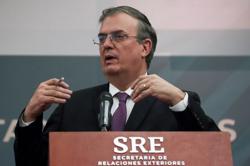