KLANG: When S. Abyraammi was born in 1999, she suffered various health ailments and a temple priest told her parents D. Sivapatha Sekaran and M. Kalaiwani that her “time” was not favourable until she turned seven.

Going by this advice, the couple surrendered baby Abyraammi to Lord Muruga and his consorts Valli and Thevanai in a ritual conducted at the Murugan temple in Telok Panglima Garang.

This made Abyraammi symbolically Lord Muruga’s child and her parents merely caretakers.

When she turned seven in 2006, Abyraammi carried the pal kudam (milk pot) during Thaipusam at the same temple to thank Lord Muruga and his consorts for having protected her against malefic elements and ill health.

Fourteen years later, Abyraammi would once again carry a pal kudam to convey her gratitude to Lord Muruga for keeping her safe.

“No one prompted me to do this but I have been having this strong desire to carry the pal kudam for the last couple of years,’’ said the 21-year-old information technology student.

Abyraammi said she observed fasting and is on a vegetarian diet for 40 days to prepare for the event. Grateful: Abyraammi will carry the pal kudam during Thaipusam to show gratitude to Lord Muruga. (inset) Abyraammi carrying the milk pot for the first time when she was seven.

She had also cut down on her daily food intake as well as anything else she perceived as being excess.

“Initially, I thought it would be difficult but my desire to carry the pal kudam seems to have helped me with my fasting and cutting down on all unnecessary things,’’ said the only child who lives with her parents in Telok Panglima Garang.

This time around, Abyraammi would be carrying the milk pot up the 272 steps at the Sri Subramaniam Swamy Temple in Batu Caves, which is the main venue of the Thaipusam celebrations in the Klang Valley.

Meanwhile, Kalaiwani said she was surprised when Abyraammi told her of her intent to carry the pal kudam.

“I was even more taken aback with her fasting and abstinence as my daughter loves food and enjoys a fun-filled life,’’ she said.

However, Kalaiwani was very happy that Abyraammi had taken her own initiative to convey her gratitude to Lord Muruga. 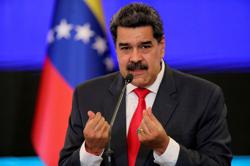 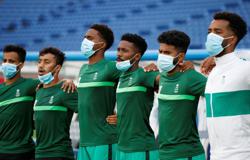