Wrapped up: A patient covered with a bedsheet walking past others at an exhibition centre converted into a hospital as it starts to accept patients displaying mild symptoms of the coronavirus in Wuhan. — AFP

PETALING JAYA: China should be lauded for its decisive measures to contain the novel coronavirus outbreak since identifying it early this year, said Dr Sazaly Abu Bakar.

The Universiti Malaya virology and bacteriology expert said following investigations on the outbreak of the mysterious illness in December, China managed to identify the causative agent of the illness very quickly.

“They delivered the full genome sequence of the virus in seven days and made it available to the entire scientific community,” he said during a forum on “How Much Do You Know About Coronaviruses?” organised by the China-Asean (Malaysia) Entrepreneurs Association here yesterday.

When asked, Dr Sazaly said China had been resolute in making decisions to contain the outbreak to ensure it did not spread outside affected major cities.

Dr Sazaly also said face masks could be reused by sunning them, considering there was a shortage of supply.

He said sufficient exposure of the mask under the sun for UV light would kill the bacteria.

“It is not necessary to wash it. Putting it under UV is fine, provided it is not too soiled,” he said.

He also pointed out the frequent washing of hands with water and soap or using sanitiser was enough to kill the virus.

Dr Sazaly added that the weather also had a role in the spread of the virus.

“The cold weather in China and other places that are affected probably contributed (to the spread) because the virus survives much longer in the cold,” he said.

Dr Sazaly also called on the government to make testing of the coronavirus available to all labs in Malaysia.

For now, he said tests could only be done at the Institute for Medical Research (IMR) in Kuala Lumpur.

In his speech, Tang said China was touched by the sympathy, trust and support shown by many countries in its fight against the outbreak.

“The Malaysian government and people have expressed understanding and support for China’s efforts to fight the virus in different ways,” he said.

He also noted that Chinese scientists were racing against time to develop a vaccine.

“Our understanding of this emerging virus is deepening.

“At present, the mortality rate of the coronavirus in China is 2.1%,” he said, adding that the number of recovered and discharged patients had significantly exceeded those who died.

The economy and the virus

MATTA Fair deferred from March to May 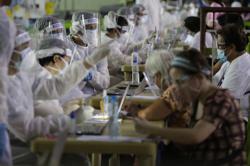 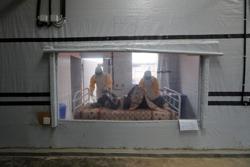 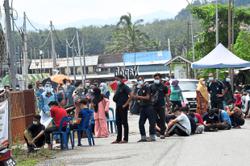