Over 50 NGOs protest govt plans to allow for smoking areas 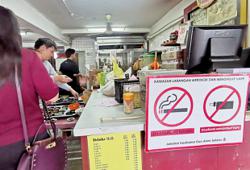 KUALA LUMPUR: Over 50 professional health bodies and non-government organisations have voiced their dissatisfaction over the government's plan to allow designated smoking areas outside eateries and in public areas.

The 56 organisations said while they were not against providing a place where smokers can dispose of their cigarette buds, specially designated smoking areas can make it appear that the government is normalising the smoking habit.

The Malaysian Public Health Physicians' Association president Datuk Dr Zainal Ariffin Omar said the move was "illogical", as smokers can light up in most places in Malaysia.

"The whole of Malaysia is a smoking zone except for the 23 prohibited areas, such as food outlets, hospitals, government offices and commute stations.

"Almost in 90% of the country, you can smoke. So, it doesn't make sense, and it is a waste of taxpayers' money to designate smoking zones.

"In other countries, it is different. You can't smoke anywhere, except for the designated smoking areas," he said in a press conference in National Cancer Society Malaysia office on Friday (Jan 10).

He added that while there has been a positive change in de-normalising smoking over the years, anti-smoking campaign efforts should be continued.

"We have the momentum, and we want for it to continue to its final goal, which is for Malaysia to be smoke-free by 2045," he said, adding that the allowance of special smoking areas contradicts the government's anti-smoking campaign.

Malaysian Council of Tobacco Control (MCTC) deputy president Shaari Ahmad Junid said it was acceptable if the government mark out smoke-free areas, but not to build special areas for smokers.

Separately, Shaari said MCTC has requested for a meeting with the Housing and Local Government ministry concerning the matter.

Should they not reply by Jan 18, MCTC will decide on the next course of action.

The Housing and Local Government minister Zuraida Kamaruddin recently said that restaurateurs are able to build designated smoking areas 3m away from their eateries, at their cost. 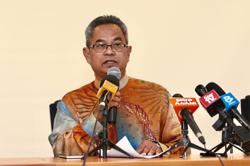 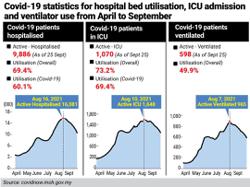