SCL Group was the parent group of CA.

Azrin supposedly set up the meeting, according to the email thread.

Other files indicated that former Deputy Prime Minister Datuk Seri Zahid Hamidi was to have a breakfast meeting with SCL Group representatives in New York during the Concordia Summit in September 2016.

They were to reveal the details of CA's activities during the 2016 US elections, Brexit, as well as the company's involvement in elections and other large-scale data-mining operations around the world.

“In the name of shedding light on these dark practices, I am releasing documents and emails in full for the public good. I do this to strengthen the case for data rights and enforcement of our electoral laws online globally," said Kaiser, who worked in the firm from 2014 to 2018, in a statement.

“We should all be seeking a more ethical digital future for ourselves and our children, ” she added.

Cambridge Analytica was the London-based political consulting firm accused of extracting the personal data of up to 50 million Facebook users without consent to help Donald Trump in his US presidential campaign in 2016.

The Barisan Nasional government had in March 2018 claimed that it had never engaged Cambridge Analytica and its parent company SCL Group in any way. 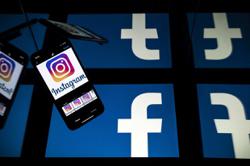