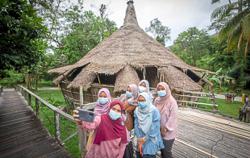 GEORGE TOWN: Some 150 tourist, including senior citizens, were stranded on Penang Hill after the funicular train service broke down late on Saturday evening (Dec 21).

According to a Penang Fire and Rescue Deparment spokesperson, the train broke down near the Middle Station of the popular tourist attraction due to suspected power failure.

The spokesperson said the department despatched rescue personnel after they received distress call over the incident at about 8.26pm.

At press time, rescue operation were still ongoing to bring down the stranded victims.

The royal entourage then proceeded to a private tea function at Bel Retiro Bungalow before leaving Penang Hill at 7pm. 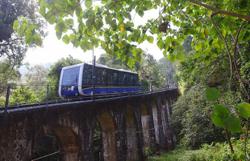