After Friday prayers at Masjid Jamek Kampung Baru here yesterday, the former prime minister performed the act witnessed by hundreds who swarmed the mosque for a closer look.

Tensions flared when many in the prayer hall demanded photographers and videographers sit down so that they could see Najib make the oath.

It was only after both Najib and mosque officials called for calm did the crowd cool down.

Najib then proclaimed his innocence at 2pm.

“In the name of Allah, I hereby pledge and swear that from reaching the age of adulthood until this very second, I have never given an order to any individual to kill a Mongolian woman by the name of Altantuya Shaariibuu. More so, I have not even met nor have known her.

“If I am lying, may Allah condemn me, and if I am telling the truth, may those that have slandered me and have not repented be condemned by Allah on this Earth and in the hereafter, ” he said. 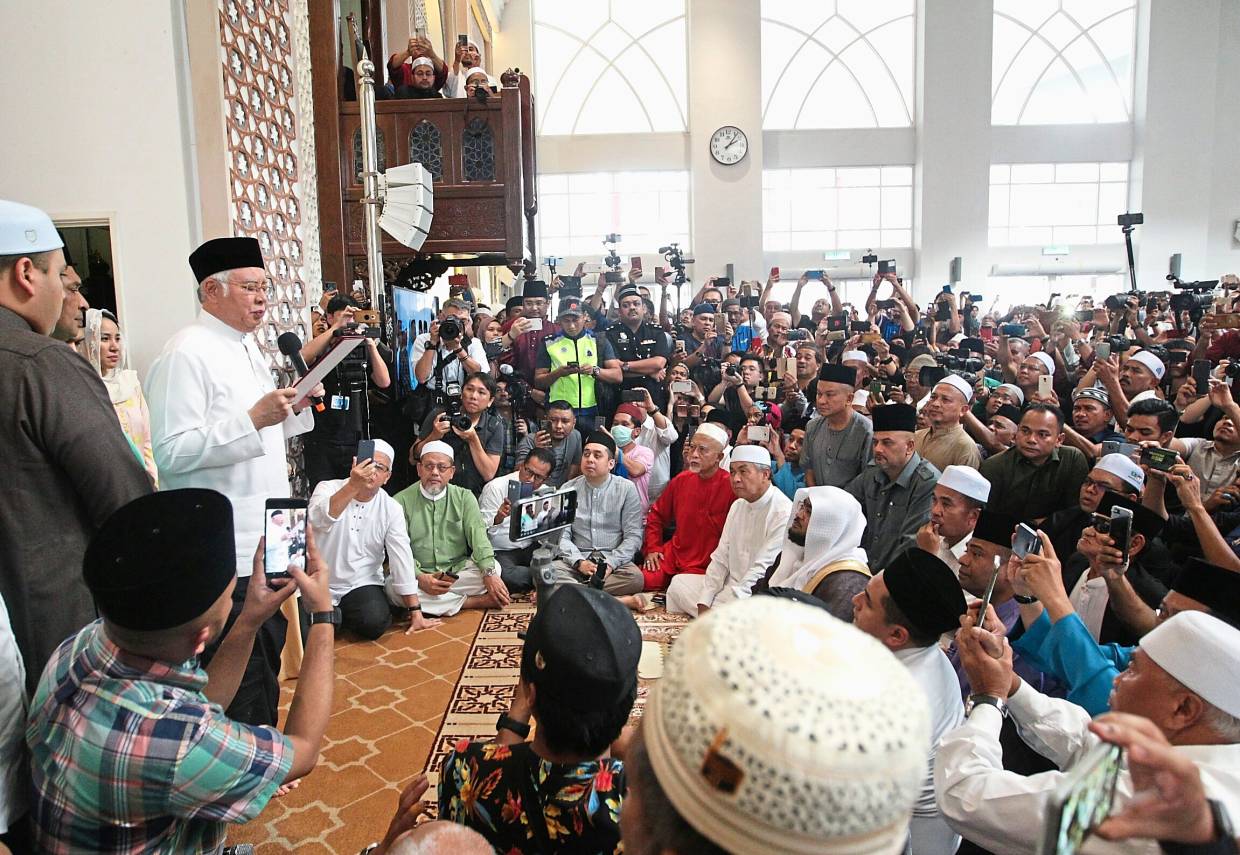 The group left the mosque at about 2.50pm after having lunch there.

Sumpah laknat is usually an act of last resort, and is an oath a Muslim makes to God, asking for divine retribution to befall the other party if the latter is lying.

Azilah dropped a bombshell recently when he filed a 17-page SD claiming that he had killed Altantuya on the orders of Najib, who was then deputy prime minister.

The SD was filed by his lawyer J. Kuldeep Kumar on Oct 17 as part of his application seeking a Federal Court review of his conviction for murder.

The SD detailed how Azilah was brought to Najib’s residence, Seri Kenangan in Pekan, his parliamentary constituency, while he was on duty.

He stated that Najib not only ordered the killing but also requested that explosives from the police’s Special Action Unit (UTK) armoury be used to get rid of the body in a covert-style operation.

Miti is the avenue to get answers
Klang cops shed light on permitted operation
So can they open for business or not?
End of the road for two motorcycle theft gangs
Grass cutter denies obstructing police officer on duty
Datuk, man remanded over assault
Langkawi gets three-month tobacco tax reprieve
Govt to act according to Ordinance during Emergency
‘Use of army not violating civil rights’
Mahathir: DAP wanted Shafie as PM candidate