LONDON: Fresh from winning two industry awards in November, MMC Gamuda KVMRT (T) Sdn Bhd has bagged the Innovation in Tunnel Excavation award, this time from leading British civil engineering monthly New Civil Engineer (NCE) magazine. The magazine is a flagship publication of the Institution of Civil Engineers, a chartered body that oversees the practice of civil engineering in Britain.

The A-TBM won the NCE judges over with its unprecedented use of Artificial Intelligence (AI) control algorithms to revolutionise tunnelling construction like never before. It is a world’s first, with an automated system that is able to monitor machine data in real time and assume control of various tunnelling construction sub-systems optimally. It has shown faster response times, improved accuracy and tangible productivity benefits resulting in overall safer tunnelling.

Developed in-house, the A-TBM last won the Technical Product/Equipment Innovation of the Year award at the 2019 International Tunnelling and Underground Space Association (ITA) Tunnelling Awards event at the 8th Annual Cutting-Edge Conference in Miami on Nov 18.

“We presented the tunnelling challenges we sought to solve, and demonstrated a clear understanding of how this could be met with our A-TBM. We had to give the specifics of our innovation and how it builds on or differs from other current practices or solutions. Along with this, we explained the processes that drove the development of our innovation, such as highlighting feasibility studies carried out, trials done on other projects, or collaboration with external stakeholders and/or industry bodies, ” said Ng on the judging process.

According to Chin, their advisor Gusztav Klados, with an extensive background in tunnelling spanning over 40 years, had piqued their curiosity with his previous experiences encountering a rudimentary TBM automated steering system.

“He challenged us to develop an auto-steering functionality in-house, given advancements in current technology, especially in computing power. The team was assembled based on their backgrounds where John had prior exposure to AI and machine learning in university before while Sam was already familiar with PLCs as part of his day-to-day electrical engineering job.

“Russel was appointed to manage technical troubleshooting while I held weekly sessions with John and others to tune and optimise the behaviour of the system so that it would drive the TBMs as we intended it to. In over half a year, we achieved this auto-steering functionality on the TBMs.

“After this initial success, we realised that we could and should try automating more sub-systems of the TBMs, not just the steering. And thus, began the official development of the A-TBM to what it is today. We continued with our weekly sessions to drive the incremental and progressive automation of each sub-system on the TBMs, and this has been going on for the past year and a half, ” said Chin, who is also acting general manager for tunnelling.

The A-TBM was put to work in the Sungai-Buloh-Serdang-Putrajaya (SSP) MRT line of the Klang Valley Mass Rapid Transit project, which passes through four distinct geological formations of Kuala Lumpur.

With MMC Gamuda as the main work package contractor, the autonomous system was deployed into the project TBMs, where all related mining drives this year have been successfully completed with minimal incidents.

This success of the autonomous system echoes the prowess of the variable density TBM introduced by MMC Gamuda in the now completed Sungai-Buloh-Kajang MRT line that hosts seven underground stations.

“We were extremely gratified to be able to share our story before an enthusiastic audience and collectively uplift the industry in terms of efficiency, constructability, and safety, ” said Chin.

“We’re overjoyed at this award, considering that we picked up an award from the ITA last month, ” he added.

For Ng, excellence cannot be separated from hard work.

“We’ve poured a lot of sweat and tears into this innovation, but it’s ultimately thanks to our stakeholders who entrusted us to deliver the SSP MRT line, which is expected to complete mining works by the second quarter of 2020, ” he said. 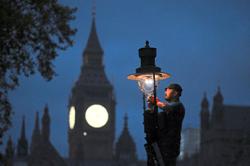