A MEDIA blackout on scandal-hit actress Fan Bingbing appeared to have been lifted in China, Sin Chew Daily reported.

News about the superstar, who was fined last year in what was billed as the “biggest tax evasion penalties in history”, appeared in Renmin Ribao (The People’s Paper), a state-sanctioned daily in China last week.

It reported that Fan had attended a children’s event on Nov 22. The report sparked speculation about a possible comeback for the actress, who was said to have been unofficially banned from acting in China.

Soon after the case made headlines, her engagement with fiance Li Chen was called off.

> Huazong chairman Tan Sri Goh Tian Chuan has urged the government to set up a council comprising Muslim and non-Muslim representatives to find solutions to issues on race and religion in the country, Sin Chew Daily reported.

The council, he said, should comprise representatives from Muslim, Buddhist, Taoist, Hindu, Sikh and Christian groups.

They could have open discussions about matters affecting Malaysia, he said.

“Our nation is facing a challenging time where religious extremism is on the rise.

“The setting up of this council can serve as a means to take precaution (against problems yet to arise), ” he said after attending an event in Klang on Tuesday.

He also cited past incidents, referring to previous calls to boycott products from non-Muslims, and calls that top government positions be given to Muslims.

“We have the utmost respect for Islam and will never question its position as the official religion of the country.

“We agree and respect the development of Islam.

“However, non-Muslims are also part of society and their rights should also be respected and protected, ” he said. 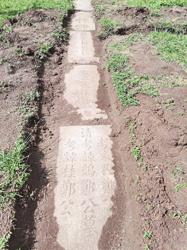