KUALA LUMPUR: It was a bittersweet Deepavali celebration for V. Umah Devi as she was able to spend it with her husband, despite him still being detained for alleged links to the Liberation Tigers of Tamil Eelam (LTTE).

The wife of Melaka’s exco member G. Saminathan said she was able to bring tosai and muruku, her husband’s favourite food, to mark the Festival of Lights celebration.

“I had about an hour to see him and I used it to the fullest.

“He told me to take care of myself, our child and the rest of our family members while he is still being detained, ” she told reporters when met at the Kuala Lumpur police headquarters yesterday.

Saminathan is among 12 men detained for alleged links to the LTTE, better known as the Tamil Tigers. The families of these detainees were allowed a special visit in conjunction with Deepavali. 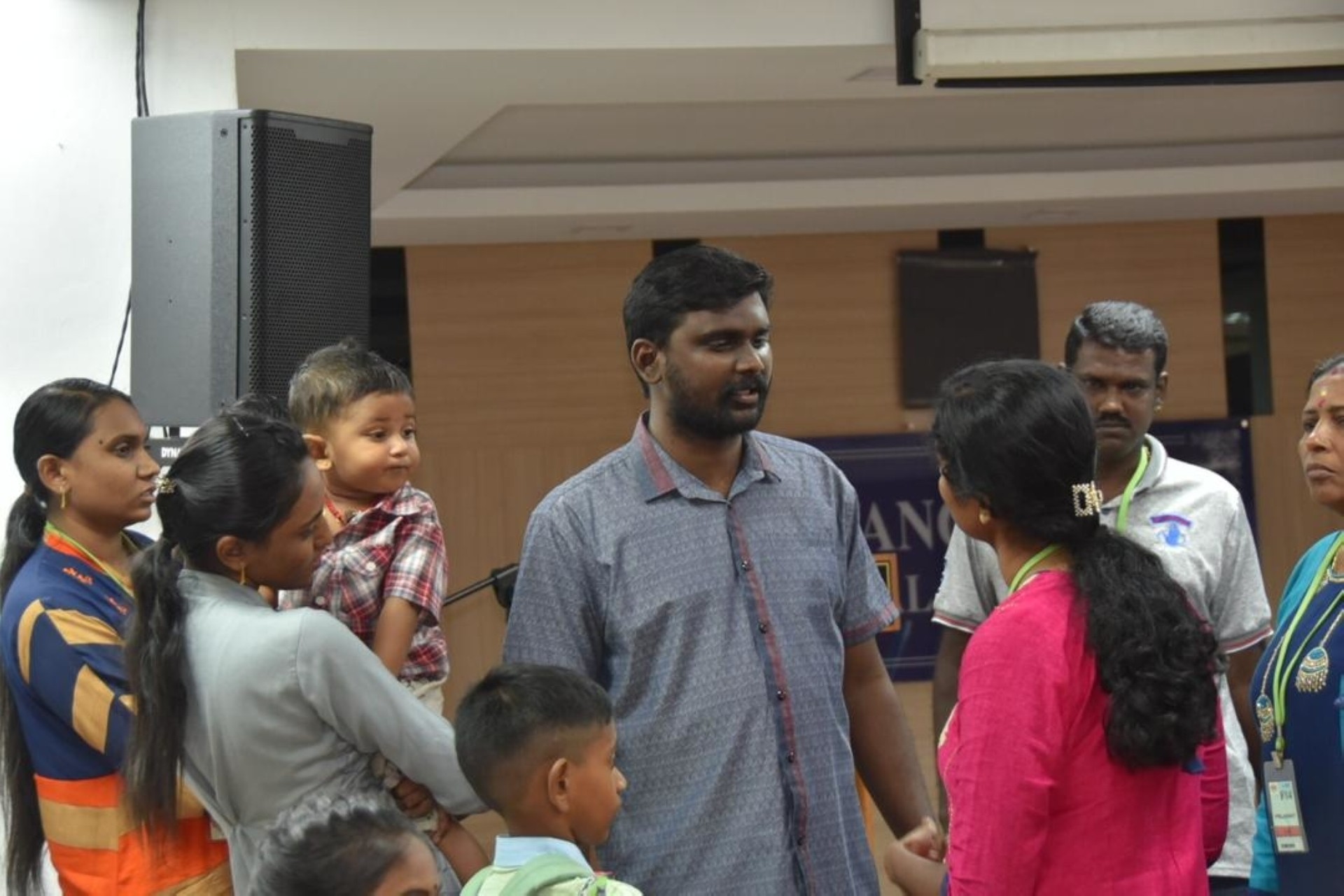 Stay calm: Saminathan (in purple shirt) talking to his family.

“As a family, we were sad during this brief visit. My husband has lost weight and his appearance was dishevelled, ” Umah Devi said.

An older sibling of another detainee, who refused to be named, said his youngest brother – a taxi driver – cried when they met.

“He hoped the authorities would free him as soon as possible, ” he said, adding that he came with another sibling all the way from Singapore.

“We are satisfied with the investigation so far. The investigation papers have been forwarded to the Attorney General’s Chambers (AGC) on Wednesday. We are now waiting for further instructions from the AGC, ” DCP Ayob said.

“It has been our standard operating procedure to arrange such visits during religious celebrations. It has been done since the time the Internal Security Act was still being used.

“The visits are scheduled in stages from 9am to 5pm. Each session is about two hours, ” he said.

Family members were also allowed to bring food for the detainees, he added.

“Some detainees experienced gastric and stomach ache. It is normal as some might have not gotten used to the food provided during detention, ” DCP Ayob said.

Services of doctors are also provided for the detainees if they fall ill, he added.

“They are given sufficient treatment if needed and so far their health is good. There is no major health problem, ” he said.

A total of 12 men were detained in a special operation conducted by E8 since Oct 10.

Among those detained were Saminathan, Seremban Jaya assemblyman P. Gunasekaran, a 52-year-old teacher who was picked up in Telok Panglima Garang, an executive officer with Melaka’s Perbadanan Bumi Hijau and a Melaka city councillor who was detained in Durian Tunggal as well as a factory worker and security supervisor in Bukit Mertajam, Penang.

Sri Lanka was embroiled in a 26-year civil war between the LTTE and the Sri Lankan military, which saw around 80,000-100,000 people killed.

The civil war ended when Sri Lanka’s military defeated the LTTE in May 2009.

However, over the years, there have been several arrests by authorities against individuals said to be supporting the LTTE, which is labelled as an illegal organisation in Malaysia.

In Malaysia, LTTE was labelled a terrorist organisation under the Anti-Money Laundering, Anti-Terrorism Financing and Proceeds of Unlawful Activities Act in February 2014.

Sri Lanka, the United States, Canada, India and the European Union have also labelled the LTTE a terrorist group.