KUALA LUMPUR (Bernama): The Attorney General’s Chambers (AGC) did not prosecute the suspects claimed to have sexually molested a male pupil of a tahfiz school as there was insufficient evidence to prove a prima facie case against them, says Tan Sri Tommy Thomas.

The Attorney General said public interest in the matter required the true facts to be disclosed.

"The investigation into this case began with police reports lodged by a mother on Aug 14,2016 claiming that her minor son, then aged 10 years old, (the victim) was allegedly sexually molested by three senior students, aged between 12 and 18 (the suspects), at their school in Manjoi, Perak.

"The police conducted their investigations by interviewing the victim, the suspects and witnesses such as teachers, staff and the victim’s roommates and other schoolmates, ” he said in a statement Monday (Oct 21).

Thomas said the victim had also undergone a medical examination at a public hospital, and the statements recorded by the police and the medical report formed part of the investigation papers (IP) that were in the usual way referred to the AGC for decision.

He said the IP was considered by the Chambers and the Deputy Public Prosecutor assigned to the matter was of the view that no offence had been committed.

"As there was no other evidence then available for the police to conduct further investigation, ‘No Further Action’ (NFA) was ordered by the DPP in September 2016.

"The matter rested there. The IP was re-opened in February 2017 following availability of new evidence and the IP was resubmitted to this Chambers.

"The DPP assigned to the case reviewed every piece of evidence made available by the police, including the new evidence.

"Due to insufficient evidence to prove a prima facie case against the suspects or anyone else, the DPP concluded for a second time in February 2018 that investigation need not continue, ” he said.

Thomas said again that the matter rested there until the involvement of a magistrate.

He said a complaint letter dated June 3,2019 was sent by the mother to the magistrate complaining that no action had been taken against the alleged perpetrators although she had previously lodged two police reports in 2016.

Thomas however said that the letter was not copied to the Chambers.

"The magistrate decided to take cognisance of the mother’s complaint. On Aug 5,2019, the magistrate served on the Perak state Public Prosecutor’s Office (Perak Prosecution Office) a notice to state that this case had been fixed on Oct 9,2019 before the magistrate for the mother to be examined in relation to her complaint letter.

"The examination was to be conducted by the Magistrate purportedly in the exercise of the magistrate’s power under Section 133 of the Criminal Procedure Code (CPC).

He further said the Perak Prosecution Office responded to the magistrate by letter dated Aug 27,2019, giving information on the actual status of the investigation and explaining that NFA was ordered.

The Perak Prosecution Office explained that the mother should not have filed a complaint under Section 133 of the CPC because the police had opened investigation papers in relation to the mother’s police reports lodged in 2016, the matter was investigated and NFA decision was taken by the DPP, he said.

"Last week, the media reported that the magistrate dismissed the mother’s application under Section 133 of the CPC.

"A news portal, Malay Mail reported on Oct 14 that the magistrate made the decision after the court was provided with a letter from the Perak state Legal Adviser’s Office detailing a written directive by me under Article 145(3) of the Federal Constitution.

"The report was untrue. There was no written directive issued by me and in fact, none was mentioned in the Perak Prosecution Office’s letter to the magistrate, ” he said.

Thomas said the same report also stated that the Malay Mail was seeking clarification from him as to why the case was ordered to be dismissed.

"Again, this is untrue. Neither this Chambers’ public relation office nor I personally have received any enquiry for clarification from the Malay Mail. Their inaccurate report of Oct 14 was picked up by numerous other portals, ” he said.

Thomas said in law, the magistrate should not have taken cognisance under Section 133.

He said the mother’s complaint that no investigation was conducted in relation to her police reports in 2016 was not true.

"The magistrate could only exercise his or her power to examine the complainant under Section 133 of the CPC if no investigation was conducted at all by the police, which clearly was not the case, ” he said.

Further, he said the DPP’s decision to NFA the case was in the exercise of the Attorney General’s power under Article 145(3) of the Federal Constitution.

He said the Constitution confers on the Attorney General (as Public Prosecutor) the "power exercisable at his discretion, to institute, conduct or discontinue any proceedings for any offence”.

"He has control and direction with respect to all criminal prosecutions under the law.

"In the instant case, as in thousands of other cases, the power not to institute criminal proceedings/NFA was exercised by a DPP on behalf of the Public Prosecutor, ” said Thomas. - Bernama 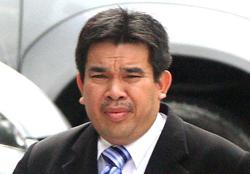 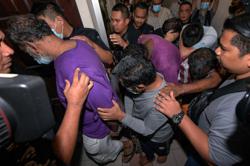