Ramasamy: There is an attempt to silence critics of Zakir Naik

He claimed that certain parties were trying to link him to the Liberation Tigers of Tamil Eelam (LTTE) to silence him.

"Only certain portions of my speech have resurfaced, which make it seem like I support them.

"Why are they only connecting me to the LTTE because of my role as a peacemaker in Sri Lanka, when I have also served as a friend of Islam in Acheh and Mindanao," he told reporters after giving a statement to police at Bukit Aman on Monday (Oct 21).

Ramasamy claimed he had nothing personal against the controversial preacher, but did not agree with him making racially-charged statements.

"Do not vilify the non-Muslims. Do not incite racial issues and do not question our loyalty to our country.

"I was born here, studied here, got married here and will die here, too," said an emotional Ramasamy.

Explaining his role in Sri Lanka, he said he was part of a Constitutional Affairs Committee which was mediated by Norway.

"I have lodged a police report over the emergence of a video clip of a speech I made in Chennai, India.

"The context of that portion of the speech was used to paint me in a bad light.

"I actually said that once civil unrest in Sri Lanka came to a halt, the Tamil community there had no choice but to follow the democratic process," he said, adding that the video made it seem like he was calling for a new country instead.

"Once they finished their questioning about what I was quoted as saying in those articles, they moved on to questions on the LTTE.

"They showed me the two video clips and told me that there are hundreds of police reports lodged," he said, adding that the police could investigate what was his role as a representative of the people. 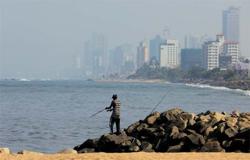 Sri Lanka to reopen some tourism in August with restrictions 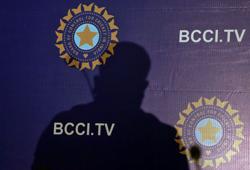