1MDB trial: Najib may have been under Jho Low's influence, says witness

KUALA LUMPUR: The key witness in the 1Malaysia Development Bhd (1MDB) trial did not rule out the possibility that former prime minister Datuk Seri Najib Razak, who was accused of abuse of power and money laundering involving the sovereign wealth fund, was manipulated in the scandal.

Former 1MDB CEO Datuk Shahrol Azral Ibrahim Halmi, 49, agreed that the Pekan MP could have been "played" by fugitive financier Low Taek Jho, whom the witness described as a "conductor of an orchestra".

Low, or better known as Jho Low, has been central in the scandal.

He is still at large and have been charged in absentia with criminal charges linked to 1MDB.

"He (Low) is like the conductor of an orchestra, where the different players play their part without necessarily knowing what the other players are doing to produce a certain outcome. I think that is a fair description (about Low)," Shahrol said during a cross-examination by Najib's lead counsel Tan Sri Muhammad Shafee Abdullah here on Wednesday (Oct 16).

The ninth witness also agreed to Shafee's suggestion that he was also part of the "orchestra", carrying out instructions without knowing what the conductor was doing.

Shafee pointed out that Shahrol was a professional and many of those in the senior management of 1MDB were also professionals who worked with Low.

Shafee: My suggestion is, if a team of professionals could unfortunately be manipulated by Low, could the prime minister have been manipulated?

Shahrol: Honestly, it's difficult for me to comment from the limited sphere of what I know. To use your words, the manipulation is done with a very good disguise of "this is for the good of the country, for the good of the prime minister", but I don't know what the prime minister then knew, so it is very difficult for me to comment.

Shafee: Even if you don't know the answer to my question conclusively, but to orchestrating without participants knowing, there is a distinct possibility that the prime minister himself didn't know (he was manipulated)?

Shahrol: Based on what I've seen, there is definitely the possibility.

Shahrol further explained that he did not know what Najib knew then, therefore he would not rule out the possibility that Najib was manipulated.

"From my point of view, I worked in a silo. Maybe it was designed that way so that I don't know the whole picture," he added.

The hearing continues this afternoon before Justice Collin Lawrence Sequerah.

1MDB trial: I messaged Najib on his birthday, not to double-check on instructions, say witness

Najib did not like 'MIB' acronym, resulting in change of state fund's name, court told

Prosecution failed to prove Najib was in control of SRC funds, court told 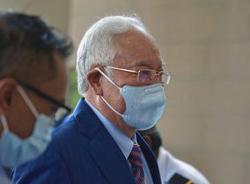 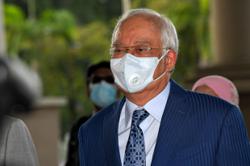