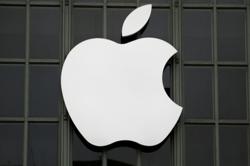 PETALING JAYA: The spotlight has shifted to a politician in Tamil Nadu who has been in close contact with several Malaysian politicians amid a crackdown against those allegedly linked to the Tamil Tigers.

The political leader – Senthamizhan Seeman – is believed to be a vocal supporter of the Tigers, better known as the Liberation Tigers of Tamil Eelam (LTTE), and a devout follower of LTTE founder and leader Velupillai Prabhakaran.

The chief coordinator of the Naam Tamilar Katchi party in Tamil Nadu is basing his party’s struggle on upholding the Tamil identity and rejuvenating the Tamil spirit to fight back against oppression after the end of the Sri Lankan civil war in 2009.

It is learnt that Seeman has made trips to Malaysia and held several meetings with local politicians to gather support in a bid to revive the LTTE.

Several photos and videos of Seeman with prominent politicians have also been making the rounds on social media.

Sources said the meetings in Malaysia were aimed at pooling support to resume the struggles of the LTTE.

The 52-year-old former actor and director ventured into the movie business before delving into politics.

His acting repertoire includes playing the role of a Malaysian businessman in the film Pori.

He also acted in Nagaraja Cholan MA, MLA, a political satire directed by his mentor Manivannan in 2013.

Bukit Aman Counter Terrorism head Deputy Comm Datuk Ayob Khan had said police were aware that Seeman had made numerous trips to Malaysia and had meetings with local politicians.

“If there is a basis, we will ask the Immigration Department to ban him from entering the country.

“However, we will investigate and see how deep is his role in channelling funds to LTTE or promoting the terror group, ” he had said at a press conference on Sunday.

Five men were detained by E8 officers between 10am and 5pm on Saturday for investigations into LTTE.

The five were a 52-year-old teacher who was picked up in Telok Panglima Garang, an executive officer with Melaka’s Perbadanan Bumi Hijau and a Melaka city councillor who were detained in Durian Tunggal as well as a factory worker and security supervisor in Bukit Mertajam, Penang.

Earlier last Thursday, seven individuals were picked up by the authorities in Melaka, Negri Sembilan, Kedah, Kuala Lumpur, Selangor and Perak, over suspected links with the LTTE.

Sri Lanka was embroiled in a 26-year-long civil war between the LTTE and the Sri Lankan military, which saw around 80,000-100,000 people killed.

The Sri Lankan civil war ended when Sri Lanka’s military defeated the LTTE in May 2009.

However, over the years, there have been several arrests by authorities against individuals said to be supporting the LTTE, which is labelled as an illegal organisation in Malaysia.

‘Speed up probe on those arrested over LTTE links’

PM defends use of Act in LTTE probe

Focus on probe instead of issuing statements, says LGE LHDN Ipoh office to close for two days for sanitisation
Covid-19: ICU wards in Penang are full, says CM
Man escapes in the nick of time as car catches fire
Shafie: If there's one party Warisan would like to work with, it's PBS
Malaysia condemns Israeli airstrikes on Gaza Strip, says PM
Matrade paves the way for Malaysian companies to expand exports
Covid-19: 512 new cases in Sarawak on May 11, half from Miri division
Zuraida: DAP wants Chinese community under its thumb
Emergency proclamation not a 'failure' in managing Covid-19, says Health DG
MCO violation: 475 nabbed on Monday (May 10), says Ismail Sabri