KUALA LUMPUR: Traditional Indian barbers have warned that prices of haircuts may rise from RM10 to RM30 or more if the government prohibits them from hiring foreign workers.

The Malaysian Indian Hair Dressing Salon Owners Association (Mindas) said the shortage of workers, on top of rising operation costs, may leave them no choice but to increase prices.

“A freeze on foreign workers will result in the increase of prices, ” Mindas treasurer M. Jeyakumar said at a press conference here yesterday.

A hair cut at a traditional Indian barbershop reportedly cost between RM10 and RM14, a price Jayakumar said benefits the B40 community.

He said despite their best efforts to hire Malaysians with the help of the Labour Department and www.jobsmalaysia.gov.my, there has been no response.

The move will be implemented in stages from now until 2021, in a bid to prioritise the hiring of locals.

Jeyakumar said the government has already stopped issuing new foreign worker permits since 2009, but employers were able to make do with the foreign workers’ replacement scheme.

The scheme allows employers to get replacement for foreign workers who returned to their home country without having to go through a new application process.

However, a total freeze on hiring foreign workers will put their livelihoods at risk, he said.

“It is incorrect to state that our members are reluctant to employ local workers, but rather, local workers do not seem to show interest thus imposing a high cost on our side, ” he said, adding that locals have been offered monthly salaries of up to RM2,000.

Jeyakumar said since 2016,40% of barber shops under the Mindas membership roll have shut down.

He said Mindas will submit a memorandum to Muhyiddin to urge the government to review its decision, and to request them to grant 2,000 foreign worker permits exclusively for Mindas members.

“Mindas is appealing to the government to review the policy to enable us to continue providing the rakyat with quality services at reasonable prices, ” he said.

He said Mindas is also willing to work with authorities to curb the proliferation of illegal barbershops that employ illegal foreign workers.

Jeyakumar said Mindas has 718 registered members running about 2,100 barbershops nationwide, and the foreign workers they employ legally are mainly from India, Bangladesh, and Nepal. 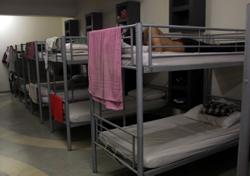