Kpl Mahadin Bakar, 42, and Kpl Nazrin Zakaria, 39, testified about the photographs they had taken at the alleged crime scene.

Kpl Nazrin testified that when he went to the crime scene on the day of the incident, he saw there was blood around and under Nazrin's remains.

Shafee said Nazrin had lodged a police report on Oct 1,2015 at 12.59am, regarding an incident in his house.

Shafee said the walls of the same bedroom where Nazrin was found dead, had been scribbled with red lipstick.

He said a laptop was destroyed and the bedsheet, as well as pillows and clothes in the wardrobe, were slashed in the 2015 incident.

Kpl Jumardi response was in the affirmative, except for the shredded clothes in the wardrobe which he said he was unsure.

In the dock are Nazrin's widow Samirah Muzaffar, 44, and two schoolboys aged 14 and 17.

Samirah, the two teenagers and Indonesian national Eka Wahyu Lestari, who is still at large, are accused of murdering Nazrin, 47, at a house in Mutiara Damansara, between 11.30pm on June 13,2018, and 4am on June 14,2018.

Earlier, a small commotion broke out when the proceedings adjourned for lunch break.

Both the boys were unhappy with press photographers taking photographs of Samirah.

They blocked her from their (the photographers) view as they were leaving the court premises.

One of the boys shouted "stop" while a young lawyer believed to be from the defence team allegedly called journalists at the scene "running dogs".

Later, after the proceedings, Shafee told reporters that the spectacles of one of the boys were knocked off during the commotion.

Reporters then told Shafee it was difficult to take Samirah's photographs sans the boys as the latter got in the way by shielding her.

Shafee told the reporters and photographers that he will ask the boys to walk separately and away from Samirah from now on to allow the media to take her pictures.

The hearing continues next Friday. 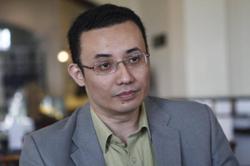 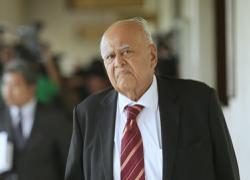