600k immigrants in Sabah to get temporary passes from June 2020

KOTA KINABALU: Temporary passes will be issued to some 600,000 immigrants living for decades in Sabah from June 1 next year, says Tan Sri Muhyiddin Yassin.

The group comprises current holders of IMM13 issued to Filipino refugees who fled to Sabah in the 1970s, economic migrants given Burung-Burung cards in the 1980s, and those who registered under the Federal Special Task Force Banci (census) cards in the 1990s.

They will be issued with the special temporary three-year pass at a cost of RM120 each, that will be renewable as the government makes a decision on how to resolve complex legal issues involving their presence in Sabah.

The move is the first step towards resolving five-decades long of complex migrant problems and was part of the recommendation of the 2013 Royal Commission of Inquiry on Sabah migrants.

The Home Minister said the scheduled date of implementation of the pass is set on June 1 next year, where it will be in the form of a card with security features such as biometric, photograph and fingerprints of the holder.

“The government is concerned about the various documents and passes issued by federal and state governments to immigrants in Sabah, who have been residing here since a long time ago.

“There are over 600,000 holders of these three documents throughout Sabah.

“It creates difficulties in monitoring them, hard to ensure which are valid or not, so to improve enforcement and ensure the records are standardised, the government decided that the temporary passes will be issued by the Sabah Immigration Department, while the three documents will be returned.

“Implementation schedule is on June 1,2020, so at present, we are working on steps how this will be done. There will be a special body at the state government handling this, ” he told reporters after co-chairing the Sabah main committee on management of foreigners with Chief Minister Datuk Seri Mohd Shafie Apdal on Friday (Sept 6).

He explained the task force will scrutinise issues involving children of IMM13 holders for example, and whether they are needed to be given additional documents.

In view of that, the government would improve the system and inspection facilities in Kota Kinabalu, Sandakan and Tawau airports.

“This include technology that could trace non-genuine documents which we were told are still limited at these premises.

“We will fine-tune things and see what are needed, as it will involve costs to be rolled out, ” he said when asked about the type of enhancement expected at the airports.

Muhyiddin, meanwhile, added that there are 586,367 illegals deported from Sabah since 1990 until Sept 4 this year.

He said a total 8,343 individuals were sent back this year alone.

Sabah has about 1.1 million estimated foreigners, which include legal and illegals. 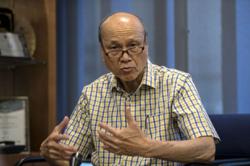 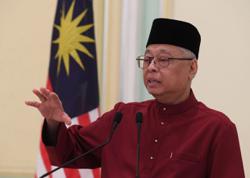