The way forward: Dr Amin Senin showing the Roadmap 2015-2025 programme to the media at the press conference. — Bernama

PUTRAJAYA: This year’s new Form Three Assessment (PT3) for English will determine if students are “independent users” of the language.

Their ability to speak, listen, read and write, will be graded on the Common European Framework of Reference for Languages (CEFR) scale beginning with A1 (basic user) to B1 (independent user).

Under the CEFR, language proficiency is measured in relation to the four communicative skills on a scale beginning with A1 progressing to A2 (basic user); B1 and B2 (independent user); and C1, C2 (proficient user).

Proficiency in each skill is defined at each level by a series of “can do” statements.

Education director-general Datuk Dr Amin Senin said although the highest grade was C2, which like having the proficiency of a native speaker, PT3 questions were set at B1 level.

“It’s not fair to say that our students must achieve C2 by Form Three when they are only capable of B1 at that stage,” he said at a media briefing here yesterday.

The PT3 English assessment will be held from Sept 2 to October 1.

Amin said for Sijil Pelajaran Malaysia, which would start with the new CEFR format in 2021, it was hoped that the students would have acquired at least the B1 level.

He said the Ujian Pencapaian Sekolah Rendah would follow suit in 2022 with A2 set as the highest grade.

In May, Education Minister Dr Maszlee Malik said English papers would be aligned with the CEFR in stages starting with PT3.

Amin also said a baseline study showed that the general proficiency of Form Five students was only at A2.

“Basic proficiency is not good enough in higher education or in the working world. And tertiary level, they should be at B2.

“With the CEFR, employers across the globe who want to hire our graduates will know what they are capable of because the standard they have been graded on is universal,” he said. Amin said a video featuring students of different CEFR levels would be distributed in schools soon to give the students an idea of how students with different proficiency sound like.

He added that although the ministry’s 2016 contract with Cambridge English (CE) to implement a CEFR-aligned curriculum and assessment ends next year, a strong foundation was already in place to achieve targets set out in the roadmap.

“We have been working closely with CE to develop a sustainability plan for the future where over 10,000 teachers have been trained in CEFR annually.

“We are the first country in the world to work with CE on a comprehensive English proficiency plan. While CE’s collaboration with others have only been in certain areas like exams or the curriculum we engaged with them at every level including teacher training and textbooks,” he said.

Amin also said the ministry would continue to use imported English textbooks while building local expertise to produce materials of similar quality.

Last year, the move to opt for foreign instead of local textbooks, drew criticism because of the lack of local content.

“We have taken note of the feedback and while we are still using imported books, we’ve provided teachers with supplementary materials with local content.

“Most teachers like using the CEFR materials,” he said, adding that teachers could use their creativity to adapt the materials according to the students’ ability.
Article type: metered
User Type: anonymous web
User Status:
Campaign ID: 18
Cxense type: free
User access status: 3 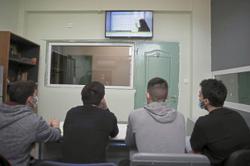