Perak police chief: We have covered all angles 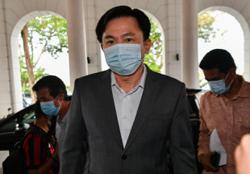 “We have been meticulous in investigating the case from day one.

“We considered every angle thoroughly and investigated the matter without fear or favour,” he told The Star yesterday.

He said the investigation papers were also returned a few times by the Attorney General’s Chambers (AGC) so that the police could ensure an “airtight” investigation had been conducted.

“The investigation papers were reviewed by the public prosecutor’s office at the state level as well as the AGC at the federal level.

“Each time it was returned, we were required to further build our case and ensure nothing was overlooked,” said Comm Razarudin.

Asked about the police report lodged by Perak state speaker Ngeh Koo Ham that a man had received RM100,000 for his role in lodging a rape report against Yong, Comm Razarudin said police were investigating the matter separately from Yong’s rape case.

“The report was lodged on Thursday. If it had been reported sooner, we would have taken action earlier,” he said.

Ngeh’s report alleged that the man, who was paid the sum, had brought an Indonesian maid to lodge a police report over her alleged rape.

He said he received the new information after meeting the man at a hotel in Ipoh at 6pm on Thursday.

When met after claiming trial to the rape charge, Yong claimed that the police had failed to investigate the case thoroughly.

“I trust the police’s professionalism but I am unhappy with the investigating officer,” he said.

“I gave my full cooperation before I was charged, and I didn’t even make any comment as requested by them.”

Yong also lamented that the investigation papers had been returned three times by the AGC to the police.

“They did not call me to get further statements,” he said.

Gelugor MP Ramkarpal Singh, one of four lawyers representing Yong, said that since there was a new development to the case, the charge against Yong should be withdrawn.

“This is a serious claim that is relevant to this matter and it should be investigated thoroughly by the police,” he said, referring to Ngeh’s claim.

Meanwhile, Perak MCA Bahasa Malaysia bureau chairman Cally Ting said she believed that the claim was a separate matter from the rape case.

“From Ngeh’s statement, I can see it involves a bribe and a threat. It has no relation to whether or not Yong has raped his maid.

“I am not comfortable that Perak DAP leaders have created this distraction by claiming it’s a conspiracy,” she said, adding that Ngeh should also lodge a report with the Malaysian Anti-Corruption Commission.

Ting said that any further statements relating to the case should only be announced by the police and AGC.

When contacted yesterday, Ngeh said it was best to let the police investigate first.

“People presume it’s bribery ... I’ve already given the relevant details to the police, so let them investigate,” he said.

Yong refuses to go on leave 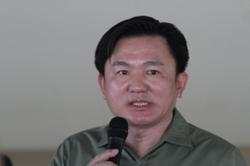