Zakir back in Bukit Aman over police report he lodged

Zakir and his lawyer were seen entering the Bukit Aman compound at around 3.38pm in a black Honda Civic and grey Toyota Innova.

His lawyer Datuk Akberdin Abdul Kader said they were meeting the police over a report filed at the Section 7 police station in Shah Alam on Aug 16.

The police report was to enable the launch of investigations against the five for allegedly defaming him and instigating racial disharmony.

This is Dr Zakir's third visit to Bukit Aman this month. 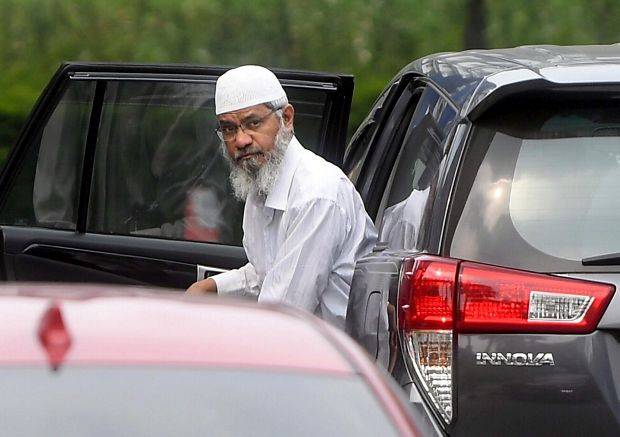 On Aug 19, he was questioned by police for a second time for allegedly making provocative remarks, in a session which lasted about 10 hours.

He was seen leaving the Bukit Aman police headquarters at 1.30am Tuesday (Aug 20) in a Toyota Innova.

The preacher from India, who is a permanent resident in Malaysia, had his statement recorded for the first time last Friday (Aug 16) for five hours.

He is alleged to have made controversial remarks against Malaysian Hindus and Malaysian Chinese during a talk in Kota Baru on Aug 3, prompting calls for him to be deported to India.

Zakir has been wanted by Indian authorities since 2016 for alleged money laundering and inciting extremism through hate speeches.