KUANTAN: Anti-Lynas protestors slammed the government's U-turn in allowing an operating licence extension for the rare earth company at a rally here that ended peacefully after nearly three hours on Sunday (Aug 18).

Hundreds of protesters showed up at Taman Gelora here from 7am onwards to express their displeasure with the recent announcement that a six-month licence extension would be granted for the rare earth materials producer.

The rally featured a show where a cardboard cut-out of a bus with the words "Pakatan Mungkir Janji" was brought around on repeated U-turns.

Participants also took aim at the silent MPs and assemblymen by chanting the Hakka term "Jon loi lo", which means "Come back".

Save Malaysia, Stop Lynas (SMSL) chairman Tan Bun Teet said when the government made a U-turn, many of the elected representatives who had previously opposed Lynas had kept quiet, which was why the participants hollered at them to come back.

The rally ended with several participants tearing up promise 39 of the Pakatan manifesto, which stated Pakatan's commitment to protect the people's welfare and environmental sustainability as well as not to be dictated by large corporations and their crony capitalists.

When asked why the plan to burn the manifesto was dropped, Tan said he heeded the advice of Dr Mahathir and environmentalists and chose a different way to show their dissatisfaction.

The Prime Minister reportedly said it would not resolve anything just by burning manifestos.

Although the rally proceeded smoothly, Kuantan OCPD Asst Comm Mohamad Noor Yusof Ali said the organisers had violated the Peaceful Assembly Act by not getting permission from the venue manager.

"I took the initiative to meet with the Kuantan Municipal Council president Saturday (Aug 17) and he told me that approval to use the venue for the rally was not granted.

"I have already explained it clearly to the organisers that rules under the Act must be observed, " he said.

ACP Mohamad Noor said police would open an investigation into the violation. 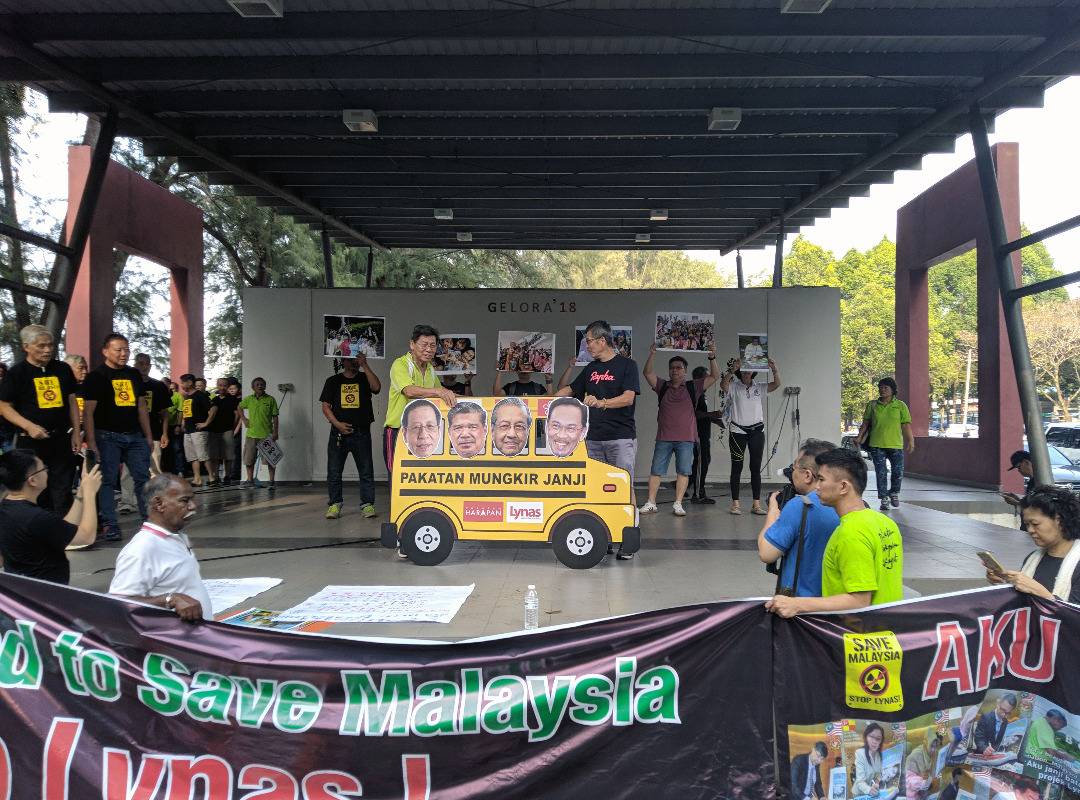 Protestors with the cardboard cut-out of the bus during the rally.