It is learnt that he went to have his statement recorded after Friday (Aug 16) prayers and left Bukit Aman at around 8.15pm.

He is believed to have been questioned by the Bukit Aman CID (D5 Prosecution and Legal) division.

He was seen in a black Toyota Innova wearing his usual white kopiah. He did not stop to comment when leaving the police headquarters. 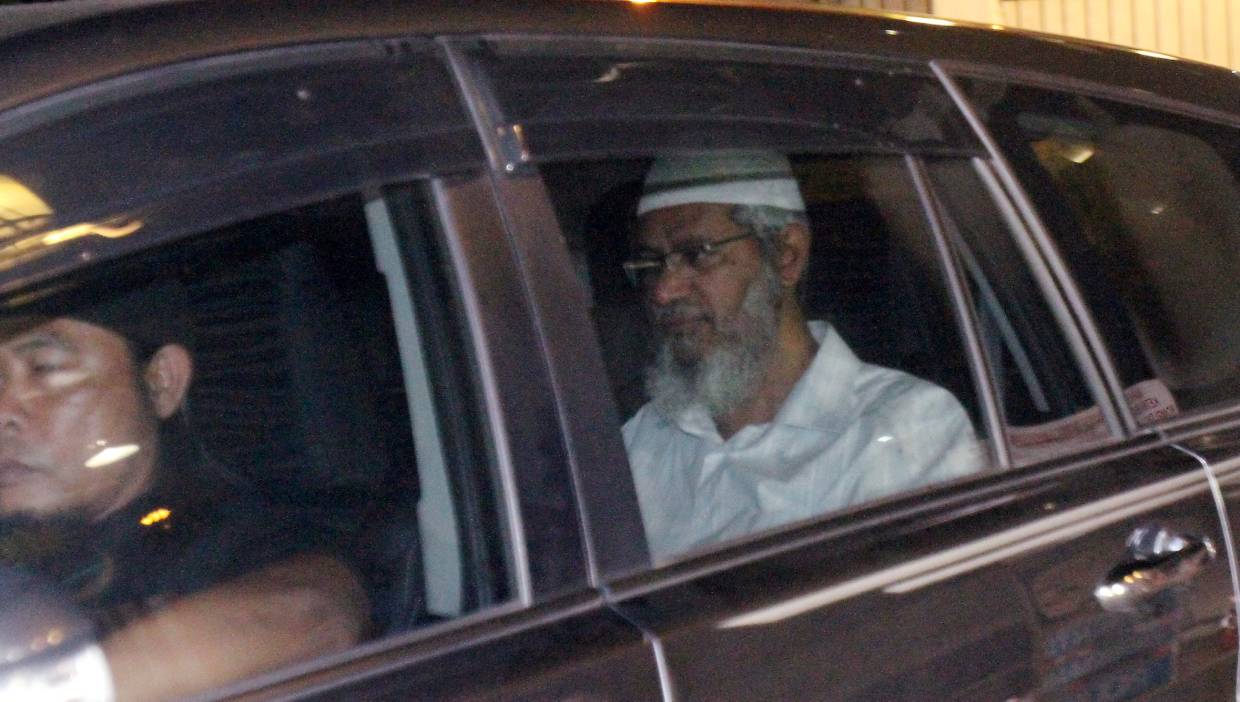 Bukit Aman is investigating Zakir under Section 504 of the Penal Code for intentional insult with intent to provoke a breach of the peace after getting 115 public complaints over his latest remarks during a lecture in Kota Baru, Kelantan last week.

He was reported to have claimed that Malaysian Indians were more loyal to the Narendra Modi government.

He was also reported to have called Chinese Malaysians “old guests” who should go back to their ancestral land before he was made to leave the country.

Following this, Home Minister Tan Sri Muhyiddin Yassin issued a warning that action would be taken against anyone who disrupted Malaysia’s harmony and public order, whether they were citizens or not.

Zakir was granted Malaysian PR in 2015.

‘Ignore rhetoric for sake of unity’

PAS vows to stand with Zakir