PETALING JAYA: Malaysia’s youth population will shrink by up to five million people once the amendment to the Youth Societies and Youth Development Act comes into force.

The Dewan Rakyat passed the amendment on July 3 to lower the age cap for youths from 40 years to 30, with the change to be gazetted on Dec 21, 2020.

Several states where many will fall out of the new 15-30 age bracket – Johor, Sarawak, Selangor, Pahang, Perlis, Kelantan and Kedah – have, however, expressed their intention to stick to the current cap of 40 years old.

Kedah executive councillor Asmirul Anuar Aris said the state will stick to the age cap of 40 but will gradually reduce it to 30 by 2021.

Selangor executive councillor Mohd Khai­ruddin Othman has said the state will retain the youth age limit at 40 for state program­mes.

However, he added that Selangor will follow the 30 years old age limit in all matters under the Federal Government’s jurisdiction.

A rough calculation based on the most current breakdown of population data (as at mid-2018) available from the Department of Statistics shows that about 14 million out of Malaysia’s 32.4 million population are aged between 15 and 40.

Lowering the age cap for youths from 40 to 30 means that the number of people who will qualify as youths under the new age bracket (15-30) would be cut to roughly nine million from 14 million, or to about 28% of the population compared to the previous 45%.

This would in a way make Malaysia a more “aged” nation, especially in some of the states.

The state that will have the biggest number of people falling out of the new youth category is Selangor.

About 1.3 million people in the state are currently between 30 and 40 years old.

Among them, those who are between 31 and 40 will no longer be considered as youths once the amendment is enforced.

Sabah and Johor are in second and third spot.

About 600,000 people in each of the two states will no longer be considered youths once the new age cap is in place.

In the fourth position is Sarawak which will see its youth population down by roughly 400,000, followed by Kuala Lumpur and Perak.

The federal territory and northern state will each see their youth population culled by 300,000 people respectively.

Of all the states and federal territories, Sabah currently has the highest percentage of youths with those aged between 15 and 39 years old making up 53.4% or more than half the state’s 3.9 million population.

On July 3, Sarawak Minister for Tourism, Arts and Culture, Youth and Sports Datuk Abdul Karim Rahman Hamzah was quoted as saying that only the state legislative assembly could decide if it should adopt the law on age limit.

He said although the Youth Societies and Youth Development (Amendment) Bill had been passed by Dewan Rakyat, it still needs to go through Dewan Negara before being gazetted. 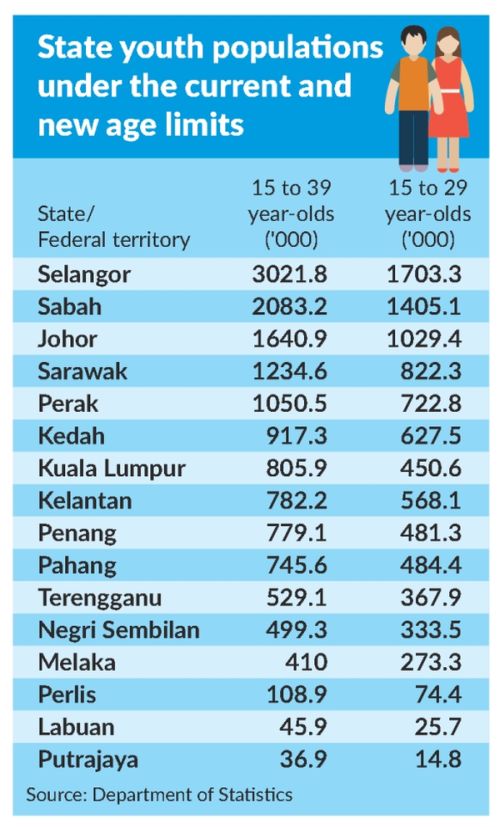 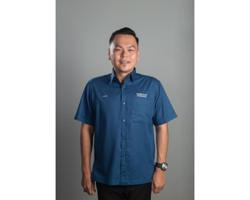