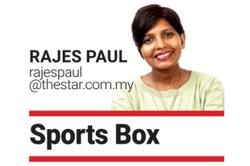 PUTRAJAYA: Former world No. 1 Lee Chong Wei has announced his retirement from professional badminton after an illustrious 19-year career.

The decision did not come as a surprise.

"Today everyone know more or less my intention for calling this press conference. I would like to announce that I'm retiring from the sport after 19 years," said the 36-year-old during a packed press conference at the Menara KBS here on Thursday (June 13).

"It was a tough decision to make but I was left with no option after my recent consultation with doctors in Taiwan last month.

"I was given eight questionnaires to answer about my conditions and the outcome came out to show that I'm not fit to do high intensity activities. So it's not suitable for me to exert myself for the sake of my health.

"I want to thank you Malaysians.

After treatment in Taiwan, he announced in a press conference in November that he had no intention to retire and would give the Olympic glory one last shot in Tokyo next year.

Although he resumed training in early January and initially targeted a competitive return at the All-England in March and Malaysian Open in April, his plans came to nought.

And lately, his on-off short training stints were disrupted and he has not been seen on a badminton court for six weeks.

Chong Wei gave his biggest hints yet of him retiring when he penned a Malay pantun in his Hari Raya wish on Instagram last Wednesday (June 5).

There was a point when Chong Wei showed he was on the right track for a comeback.

He took to Facebook on April 4 to reiterate his desire to compete in the Olympics and resume his long-standing rivalry with China's Lin Dan.

His post was in response to a Lin Dan statement that Chong Wei was the reason he kept competing. But after failing several times to get green light from his doctors, Chong Wei came to accept that his days were numbered.

Besides missing the Olympic gold, Chong Wei will now also step down without having an elusive world title to his name.

But no one can take away the fact that he's one of the best men's singles shuttler the world has ever seen.

In all, he had bagged 69 titles throughout his career. That includes a staggering 46 titles in the now-defunct Superseries – the Badminton World Federation's (BWF) top-flight circuit.

The fans are sure going to miss some of Chong Wei's trademark skills such as tight net play and cross-court smash.

Chong Wei to make public of his future 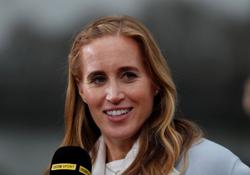