PETALING JAYA: The traditional Malay dish roti jala has been featured on the US-based Slate website.

In the article A Five-Minute Malaysian Bread for When You’re in a Pinch, roti jala is described as "more like a crepe than a bread" despite its literal translation "net bread".

"Roti jala is a Malaysian bread that, unlike most breads, doesn’t require any leavening and proofing, and can be whipped up in a matter of minutes, using little more than pantry staples," Loh Yi Jun wrote.

Loh highlighted the ingredients needed to make roti jala which include flour, water, eggs, coconut milk, and an optional pinch of turmeric for colour.

He said after whisking the mixture into a smooth batter, drizzle the solution onto the hot pan for two to three minutes.

"Unlike a crepe, though, there’s no need to swirl the pan around and patch up the gaps in between, like you would a botched children’s drawing.

"For a roti jala, the gaps in the batter give it a lacy, doily-like pattern, reminiscent of fishing nets (hence, its name)," said the Malaysian writer, adding that the dish is featured prominently in Malaysian and Indonesian cuisine.

"They’re often folded into neat little bundles, served as a substitute for rice alongside creamy curries and spicy beef rendangs, and sometimes even had with the many aromatic, stew-like gulais of Malay cuisine," Loh wrote.

He added that roti jala would be able to soak up any sauces or spicy stew it is dipped into.

He said it "acts as a vessel for the curry to get into your mouth, with the perfume from the coconut milk and the tinge of turmeric in the roti jala serving as a backdrop to the spice-laden canvas of the curry".

Loh also said that he would make roti jala if he had extra curry for dinner. 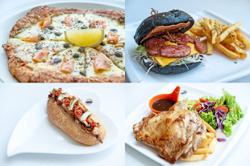 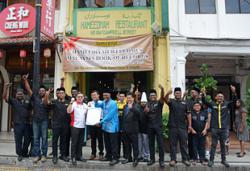