Among those who have voiced their support are Cabinet ministers, opposition lawmakers and civil rights activists.

Gerakan president Datuk Dr Dominic Lau said that Gerakan was in no hurry to criticise Latheefa’s appointment as a political one, adding that she would be given time to prove her mantle.

“I congratulate Latheefa as the first female chief commissioner since its establishment 52 years ago.

“Although this appointment has clearly violated the Pakatan Harapan manifesto, it has become a reality. So we hope that Latheefa can complete the KPIs set by Gerakan to prove that she is brave and not speak empty words in helping Malaysia fight corruption,” he said in a statement yesterday.

Siti noted that it was not against the law for not consulting the Parliamentary Select Committee (PSC) over Latheefa’s appointment.

She added that it was the Prime Minister’s power to appoint whoever he deems fit for the post.

While there was support for Latheefa, several parties had questioned the manner in which she

was appointed as well as her impartiality.

On Wednesday, Prime Minister Tun Dr Mahathir Mohamad said he decided on Latheefa’s appointment without consulting his Cabinet or the PSC.

Economic Affairs Minister Datuk Seri Azmin Ali said he was certain that Latheefa’s appointment was based on her legal experience and on merit.

“I am certain her appointment is based on that particular merit and not her political ideologies.

“I think we should give her an opportunity to serve the body,” he said when met at the Prime Minister’s Hari Raya Aidifitri open house on Wednesday.

Also echoing similar sentiments was Communications and Multi­media Minister Gobind Singh Deo, who was at the same event.

He described Latheefa’s appointment as a welcome move.

He noted that Latheefa is an experienced and capable person who is familiar with the law applicable to the MACC.

Foreign Minister Datuk Saifuddin Abdullah said that her appointment would bring a breath of fresh air to MACC.

“She fulfils all the necessary criteria,” he said when met at the open house.

“I look forward to Latheefa cleaning up Malaysia from the stench of corruption,” he said.

PAS also expressed support for Latheefa with its secretary-general Datuk Takiyuddin Hassan saying in a statement yesterday that she “is qualified and suitable” for the position.

Appointment continues to be questioned 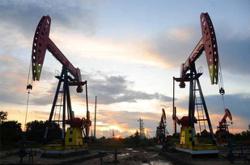