KOTA KINABALU: The appointment of DAP's Penang-born Loh Ee Eng as a state-nominated assemblyman has met with more flak, with opposition Parti Bersatu Sabah describing it as a "dangerous precedent".

Describing it as "setting a dangerous precedent", Ongkili said he feared the decision would now open the floodgates for non-Sabahans and Peninsular party leaders to occupy positions in the Sabah administration.

"It shows how the Warisan government cares very little about the MA63, especially on the rights of Sabah and Sabahans.

“They are not a defender of our sacred MA63," said Ongkili.

in the assembly on political decision.

"The nominated assemblymen provision was also meant to pave way for appointment of outstanding local professionals to balance ethic composition of the elected assembly,” the Kota Marudu MP said.

"For all intents and purposes, the appointment provision was meant for Sabahans, specifically natives of Sabah. It was never meant for non-Sabahans from other states," he said.

Ongkili said that the foundations of the MA63 was to safeguard the interest of Sabah and Sarawak, and these included priority for officers and leaders of local or native origin.

"By appointing a non-Sabahan as a nominated assemblyman, the Warisan government has breached the Malaysia Agreement,  specifically the Inter-Governmental Committee (IGC) safeguard," he added.

Loh is a permanent resident of Sabah and had come to Sabah from Penang with his parents some four decades ago. 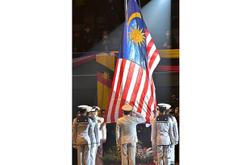