AFTER months of anxiety, fear, and uncertainty, the ethnic Chin community finally breathed a sigh of relief.

On March 14, UNHCR (Office of the United Nations High Commissioner for Refugees) announced that it would maintain the Chins’ refugee status, reversing an earlier decision to cease refugee protections for the community.

In Malaysia, this means that all Chin refugees will be re-issued UNHCR cards. This is by no means a legal status, as Malaysia is not a signatory to the 1951 Refugee Convention. But Malaysian authorities usually respect the card and do not detain and deport cardholders as “illegal” immigrants. Cardholders are also given a 50% discount at government hospitals and clinics. For the Chins who came to Malaysia to escape war in their home, Myanmar, this sliver of protection can be the difference between life and death.

While the reversal is welcome, it would not have been necessary had the earlier decisions been more transparent.

UNHCR’s cessation decision was announced on June 13, 2018. But in the months leading up to that announcement, most of the Chins who arrived at its offices to renew their cards were already facing non-renewal. Instead, they received “under consideration” letters, meaning their application for asylum was under consideration. Without their cards, Chins could be arrested and deported at any time.

News of this spread quickly through the community, leading many to ditch the UNHCR process entirely, allowing their cards to expire. In January 2018, when news of the non-renewal was already circulating, R.AGE held its first documentation session with the Chin community, eventually documenting almost 50 cases where Chins were not able to renew their cards.

Invariably, those documented expressed feelings of fear, desperation, even anger. Some hinted at taking their own lives.

Two weeks after the cessation was announced, a Chin man jumped off his apartment block. His friends told us about the increasing anxiety he had been exhibiting since the cessation announcement.

All of this – the death, the heartache, the distrust – could have been avoided, if the UNHCR had simply obeyed its own guidelines for cessation.

What does it mean?

Let’s take a bit of time to understand what “cessation” is. In its 1951 Refugee Convention, the UNHCR defines refugees as people who have fled their home country due to a well-founded fear of persecution. Naturally, when these persecutions no longer exist, the person ceases to be a refugee. This process – when refugees lose their refugee status – is called “cessation”, and is described in the Convention under Article 1C(5) and (6).

However, activating cessation is an immense undertaking, so the UNHCR has developed specific guidelines to do so. These guidelines require that the change in the refugees’ country of origin should be of a “fundamental” and “enduring” nature, before cessation can be called.

To many observers, this is simply not the case in Myanmar.

In fact, many reports at the time the cessation was announced raised concerns about the safety of ethnic minorities in Myanmar. This includes a report from the UN Special Rapporteur on Human Rights in Myanmar, who specifically mentioned continuing conflict in southern Chin State. Various news reports in 2017 had also highlighted that conflict. Even a 2017 report commissioned by the UNHCR itself on safety in Chin State contained more references to conflict and human rights abuses than peace and safety.

Yet the UNHCR continued to refer to “long-term studies” on Chin State as evidence that it was safe for return. When R.AGE requested these reports, the UNHCR admitted that there were none that they could share. 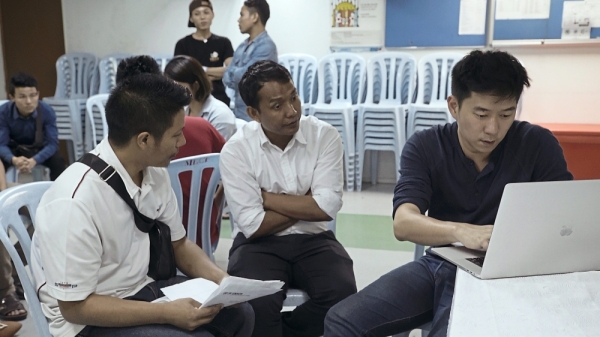 The Chin refugees experienced months of anxiety, fear, and uncertainty until 10 days ago, when the UNHCR reversed the decision to cease refugee protections for them. — VANEESHA KRISHNASAMY/R.AGE

Regional experts have also remarked at how uninvolved the governments of Myanmar and Malaysia were in this process. R.AGE twice interviewed officials from Malaysia’s National Security Council, the government body that oversees refugee issues, and both times they claimed they had not been notified of the UNHCR’s changing policies for the Chins. When the UNHCR was asked if there were formal repatriation procedures with the Myanmar government for returning refugees, it admitted there were none.

Those cessation guidelines also acknowledge that cessation can be highly disruptive to refugees, and urge stakeholders to try naturalising refugees in their host countries rather than pursue cessation.

Above all, the Chins do not want to go home. After following this issue for over a year, R.AGE has yet to encounter any Chin refugee or asylum seeker who looks forward to returning to Myanmar. This alone should be reason enough for the UNHCR to think thrice before calling a cessation. Beyond laws and regulations, the aspirations of human beings, especially those of a vulnerable people group, should be given priority. Chin refugees protesting outside UNHCR’s office in Malaysia on 29th July 2018, a week after UNHCR announced the cessation of their refugee status. -Photo: SHANJEEV REDDY/R.AGE

This is by no means a condemnation of UNHCR’s entire work here in Malaysia. The task facing the agency and its officers is gargantuan in both volume and complexity. Imagine having to decide, every day, who out of the hundreds of asylum seekers at its doorstep deserves refugee protection.

Imagine taking calls every day to intervene in cases ranging from healthcare complaints to detention and deportation. Officers even need to look into incidents of domestic violence and employment disputes.

It is a tough, tough job, with limited resources.

While the UNHCR’s communications has been consistent in saying that its decisions are solely based on the changing security situation in southern Chin state, prior interviews with R.AGE did touch on its limited resources, and the need to direct those resources to the communities that need it the most. Based on current evidence, those communities would be Rohingya and Yemeni refugees. It is simply impossible to protect everyone equally.

When the office reversed its cessation decision, it pointed to an escalating conflict in southern Chin State. Clearly, the changes in Myanmar were not “enduring”.

They will enrich us

With this in mind, perhaps it is time to look at the structures we can improve to avoid a similar situation like what happened with the Chins from repeating.

First and foremost, the Malaysian government needs to allow the refugee population the right to work. Make sure that they are given protections under the Employment Act, and paid fair wages. Malaysia still needs labour, and instead of sourcing them through corrupt recruitment systems, why not recruit the refugees who are already here? Allow them to contribute, and they will. When refugees can provide for themselves, they depend less on the UNHCR for assistance. 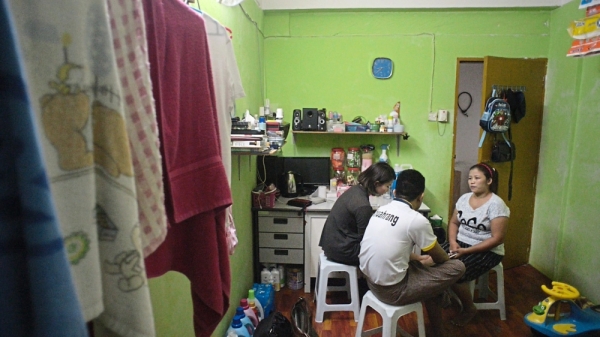 R.AGE documented the experiences of almost 50 Chin refugees as they faced ‘cessation’, the process of losing refugee status. — ELROI YEE/R.AGE

Secondly, we need to regularise refugees. As long as we treat them as “illegal” immigrants, they cannot contribute. Allow them to be a part of our society, and they will protect it. Their language, their food, their skills, their stories – they will enrich our culture, not displace it.

Finally, please let their children go to school. We need to accept that refugees often stay for years, and their children need education so that they can grow up to be contributing members of society. Why allow them to grow up disenchanted by Malaysia when they can love Malaysia for giving them opportunities?

In the end, the question we need to ask is, “What kind of society do we want to create?” One that builds walls and complains about feeling threatened? Or one confident enough to offer kindness to the guests who arrive at our doorstep?

Read R.AGE’s multimedia story about how UNHCR’s cessation decision affected the Chin community. Join the campaign to call for better solutions for refugees in Malaysia.