Najib being greeted by BN supporters as he enters the hall.

8:55pm: Barisan Nasional leaders have made their way to Dewan Seri Cempaka MPKj where the results will be announced later. They include Arau MP Datuk Seri Shahidan Kassim and MIC deputy president  Datuk Seri M. Saravanan. Outside the centre, Barisan supporters in their hundreds have gathered and are cheering "Terima kasih, terima kasih, undi BN" (Thank you, thank you, for voting BN). Also seen inside Dewan Seri Cempaka MPKj is independent candidate Kuan Chee Heng. Pakatan's Muhammad Aiman Zainali has yet to make an appearance.

7.50pm: Pakatan Harapan’s top leadership is nowhere to be seen in its command centre at Bandar Rinching. The crowd seems to be in a lukewarm mood. According to sources, Parti Pribumi Bersatu Malaysia deputy president Tan Sri Muhyiddin Yassin is expected to give a press conference later tonight.

7.30pm: With 20 boxes left to be tallied, Barisan Nasional looks set to win the Semenyih by-election as they now unofficially have a 2,222 majority over Pakatan Harapan.

5.46pm: Vote counting is underway. The EC is currently broadcasting the vote counting process live from SK Kantan Permai. Follow the whole process at www.facebook.com/sprgovmy/videos/400406460779952/. This is one of the newer intiatives introduced by the EC.

5.30pm: It is a wrap! Voting closes in all 24 polling stations in Semenyih. The EC has yet to announce the final turnout percentage, which may only be revealed at the announcement of official results. The results will be announced tonight at the tallying centre at Dewan Seri Cempaka MPKj.

4.40pm: With about an hour left for polling, the voter turnout has reached 68% as of 4pm, according to the EC.

2.30pm: Home Minister Tan Sri Muhyiddin Yassin, who is also Parti Pribumi Bersatu Malaysia president, has brushed off allegations that he had been campaigning on polling day after pictures of him greeting Pakatan Harapan supporters appeared on social media. He said he was just making his rounds. 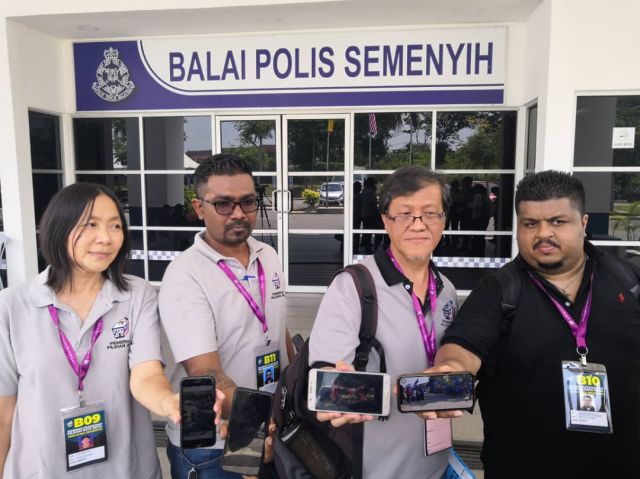 Its executive director Yap Swee Seng said amongst the offences were the setting up of “pondok panas”, canvassing of votes beyond campaigning period, ferrying of voters and taking down of identities of voters.

10.30am: The mobile unit of the Information Department is seen making its rounds in Kampung Baru Semenyih here, using loud hailers to call on residents to come out and vote.

The department says there are a total of six vehicles deployed for this purpose since 8am, each located at different villages and residential areas. 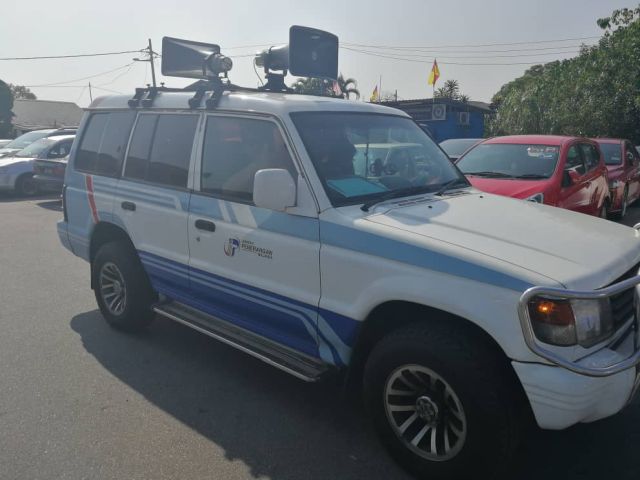 10.15am: Election Commission (EC) deputy chairman Prof Dr Azmi Sharom and other commissioners arrive at SK Bandar Rinching polling centre for inspection. He told reporters that he "feels good" on his first day on the job. 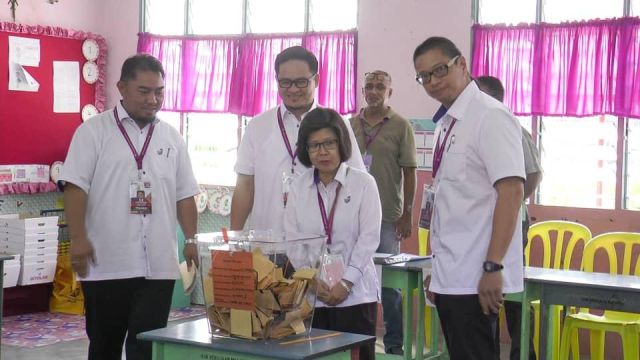 10am: Kajang OCPD Asst Comm Ahmad Dzaffir Yussof said polling for the Semenyih by-election has been largely smooth without any untoward incident, with the exception of traffic congestion at several areas. 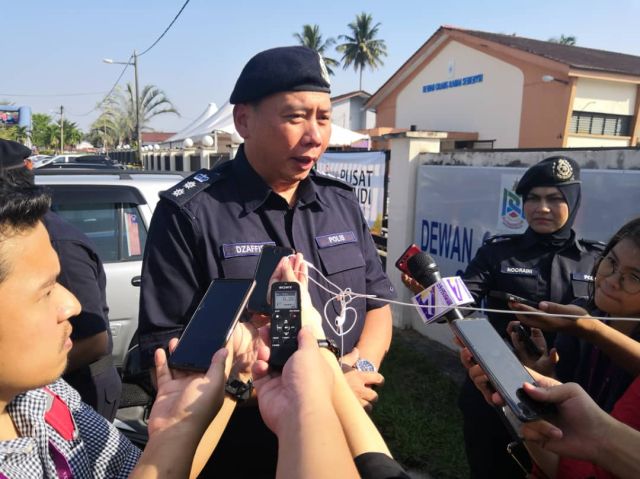 9.48am: An Election Commission volunteer stops a woman from bringing her bicycle into the polling centre at SMK Engku Husain. It has been a calm and peaceful affair but a larger crowd is expected in the afternoon. 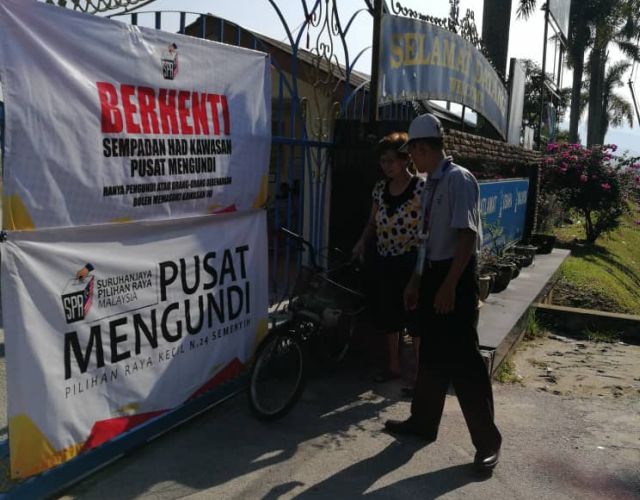 9.25am: Independent candidate Kuan Chee Heng or "Uncle Kentang", as he is fondly known, pays a visit to the Dewan Serbaguna Orang Ramai Semenyih to check on the voting process here. "It doesn't matter if you don't vote for me, I'm here to help. It's not important if I don't win, what matters is the people will win," said Kuan, who is not a registered voter in Semenyih.

9.22am: Several disabled and the elderly voters are transported on buggies to the polling centre at SMK Engku Husain. Voter Jalaludin Toha, 64 says the voting process is made even more easier with the voter's card. "You don't need to waste time in line to check your details," he said. 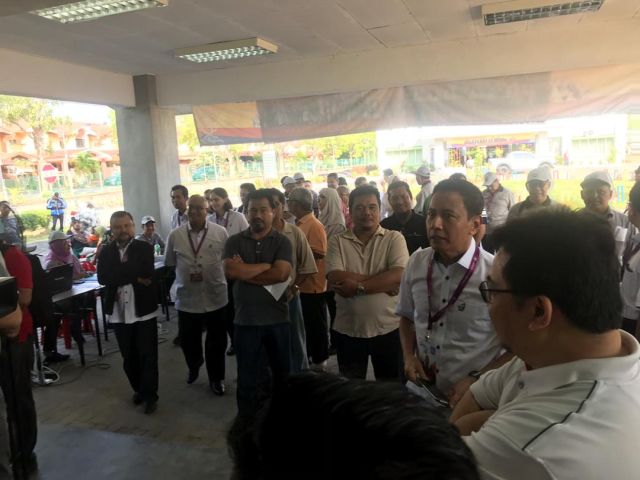 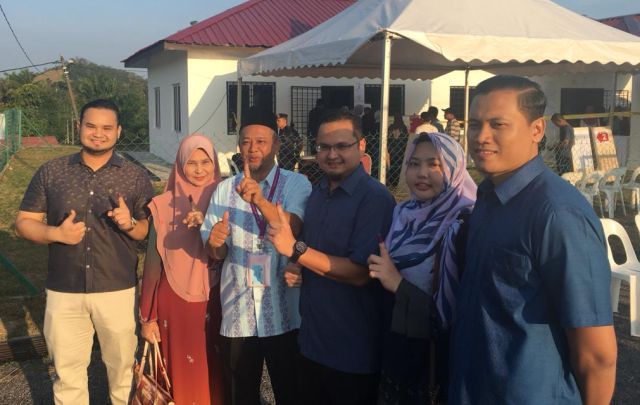 8.55am: PSM candidate Nik Aziz Afiq Abdul pays a visit to his alma mater at SMK Engku Husain. He also met his senior Muhammad Aiman, who is also contesting for Pakatan, while there.

08.21am: BN's Zakaria, who was accompanied by his wife Katijah Beebi Bayikhan, and family members, shows his inked finger after casting his vote. 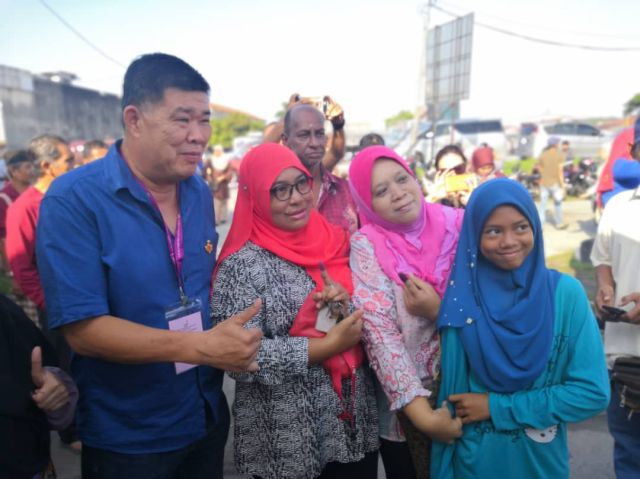 08.20am: Parti Sosialis Malaysia candidate Nik Aziz Afiq Abdul has cast his vote at Dewan Orang Ramai Semenyih here. The 25-year-old, who is the youngest candidate in the by-election, was accompanied by PSM central committee member S. Arutchelvan and his father Abdul Abdul Karim. Nik Aziz said regardless of the by-election result, he felt PSM ran a successful campaign and will leave his fate to Allah.

S. Arutchelvan hopes it'll be "fourth time lucky" for the party this time around.

"I think the level of support for our party is better than the last GE, where the (BN) government was toppled. So the people are opened to looking for alternatives.

"Our campaign went quite well. We highlighted a lot of issues of which the media had given good coverage.

"We've been consistent over four elections. I feel it will take a long time for the people to accept a socialist party, that is so feared by Tun Dr Mahathir, but I believe we will be accepted in the long run," said Arutchelvan. 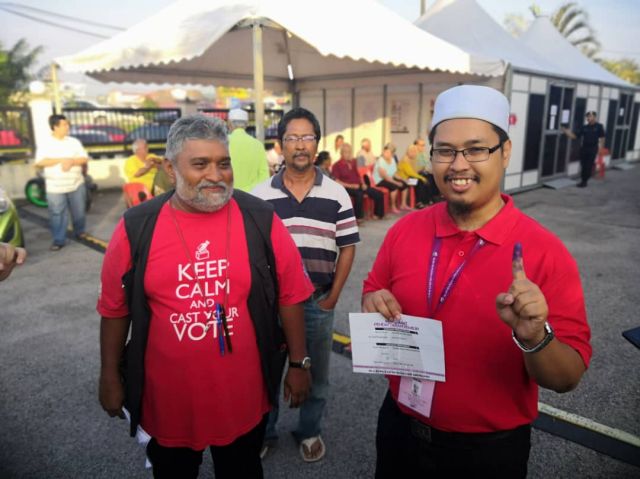 SEMENYIH: After an arduous 14-day campaign period, the Semenyih by-election has reached its peak point with polling day on Saturday (March 2).

There are a total of 24 polling centres throughout the Semenyih constituency, where 53,411 eligible voters can cast their ballots from 8am.

Pakatan Harapan is looking to defend the seat it won in the 14th General Election through 30-year-old Muhammad Aiman Zainali, who is the treasurer of Parti Pribumi Bersatu Malaysia's Hulu Langat division.

Barisan Nasional meanwhile will be hoping 58-year-old Zakaria Hanafi, the permanent chairman of Kampung Sesapan Kelubi Umno branch, to pull an upset against the incumbent.

The Semenyih by-election was triggered due to the death of its incumbent Bakhtiar Mohd Nor from a heart attack on Jan 11.

Despite Pakatan's comfortable majority, Barisan is hoping its newfound alliance with former rivals PAS will pull more support towards them as displayed during the Cameron Highlands by-election last Jan 26.

The Semenyih polls is the sixth by-election post-GE14, and the second to be held in 2019 after Cameron Highlands.

It is also the fourth by-election for the Selangor state assembly, following Sungai Kandis (Aug 4), Balakong and Seri Setia (jointly held on Sept 8).

EC: Thumbs up to parties in polls run-up

Will Barisan get a second chance?