PUTRAJAYA (Bernama): The Federal Court has granted an ex-parte application for leave by Attorney General Tommy Thomas (pic) to initiate contempt proceedings against a lawyer who had allegedly criticised the proceedings and decision of a court case.

Justice Ramly Ali, who chaired a three-man bench, allowed Thomas to go ahead with the proceedings against Arunachalam Kasi who had, in two articles published on the Aliran online portal, made the alleged criticism in reference to an affidavit of Court of Appeal Judge Dr Abdul Hamid Abu Backer on alleged judicial misconduct.

The court fixed March 13 for a substantive inter-partes hearing for both parties to submit.

"The case before us is an ex-parte application. This is on scandalising judges of the Federal Court. The act complained of relates to two articles by the respondent (Arunachalam Kasi, also known as Arun Kasi) published on Feb 16 and Feb 22, 2019, on the Aliran website.

"Having considered the submissions and all the court papers, we are satisfied that all procedures required for leave have been fulfilled.

"We, therefore, grant the order sought by the applicant," said Justice Ramly, who heard the matter with Justices Rohana Yusuf and Tengku Maimun Tuan Mat.

He said that in both articles, he had criticised the conduct of the proceedings by the Federal Court and the decision that was delivered on Nov 11, 2018, in the case of PCP Construction vs Leap Modulation (the Leap Modulation case).

“The statements in the articles impute impropriety in carrying out judicial functions and lack of integrity by the judges who had decided the Leap Modulation case.

“The conduct and the irregularities committed in the case were said to warrant an investigation by the Malaysian Anti-Corruption Commission (MACC).

“The respondent had, on Feb 9, 2019, made such a complaint against the irregularities committed in the case,” he said.

Amarjeet said the contempt committed in the case was “scandalising contempt” for interfering with the administration of justice.

He said such interference would occur when there are acts and statements undermining public confidence in the administration of justice.

“The authority of the law rests on public confidence, and it is important to the stability of society that the confidence of the public should not be shaken by baseless attacks on the integrity or impartiality of the judges,” he said.

He further submitted that the Attorney General had identified the offensive statements in the articles, which was possible when one read each article in its entirety.

He said Arun, in his second article, had questioned why the Federal Court had expunged Justice Abdul Hamid's remarks about the Asian International Arbitration Centre (AIAC) in the Leap Modulation judgment.

Amarjeet said the statement in the second article had scandalised the judges, which, among others, meant that expunging parts of the dissenting judgment without an appeal was unprecedented and making the order of expungement when the right parties were not heard in opposition.

He also said that the two articles had insinuated that the Federal Court judges who heard and decided the Leap Modulation case were guilty of misconduct and impropriety in carrying out their judicial functions, involved in corrupt activity and had compromised their integrity, which warranted an investigation by the MACC.

He said Arun had made untrue statements and this was borne out by the Court of Transcript of the Proceedings dated Nov 11, 2018, in the Leap Modulation case.

“The statements set out in the articles, when read as a whole or individually, gave rise to the perception and conveyed imputation which are not only demeaning, insulting and offensive to the dignity, integrity and impartiality of the Federal Court but which will have or might have a tendency to undermine public confidence in the Judiciary,”  he said. – Bernama 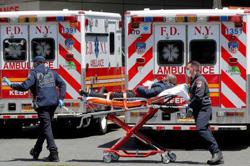 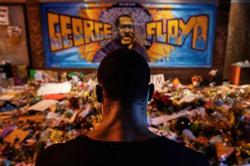 New charges in Floyd may give prosecutors clearer path to conviction