GEORGE TOWN: The Marine Police, already with their hands full trying to retrieve the SUV wreckage from the bottom of the first Penang bridge, received an SOS about a man who had fallen from the second Penang bridge about 9km away.

A 33-year-old planning executive, dressed smartly in a suit, jumped off from Km12.1 of the bridge, but fishermen under the bridge quickly rushed to his aid.

Upon receiving the alert, a marine police team rushed to pick up the man from the fisherman’s boat before sending him to hospital.

Balik Pulau OCPD Supt A. Anbalagan said the fishermen fished out the semi-conscious man at 9.30am yesterday. 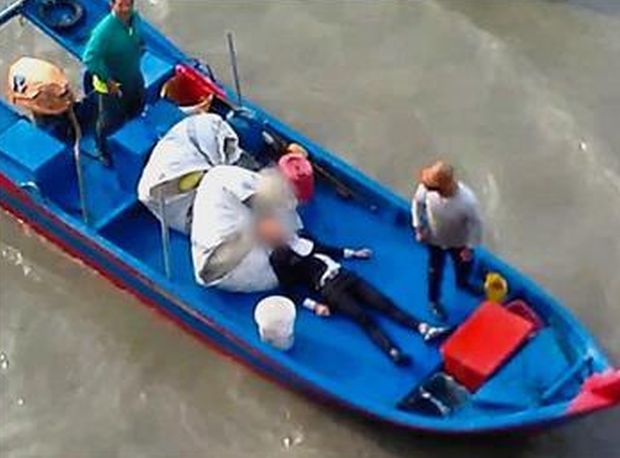 Just in time: Fishermen came to the man’s rescue after he jumped.

“He was depressed. His wife asked for divorce after they quarrelled. He left his car by the bridge,” he said.

The case is being investigated under Section 309 of the Penal Code for attempted suicide.