He said Deputy Defence Minister Liew Chin Tong should conduct an investigation as he might have forgotten what NSC was.

“He said the matter wasn’t brought to the Cabinet. (He should) ask what happened in the NSC,” Hishammuddin told reporters at the Parliament lobby yesterday.

The Semberong MP also asked Liew to seek classified information, including from the NSC and Special Branch, on what really transpired in Ops Yemen 2.

“But, you must declassify this information as it is considered national interest,” he said.

Hishammuddin said this in response to the bombshell dropped by Liew on Monday that Malaysian Armed Forces personnel were deployed to assist military operations in Saudi Arabia in relation to the Yemen war without Cabinet approval.

At the press conference, Hisham­muddin also distributed copies of an extract from the parliamentary Hansard to show that he answered queries on an earlier operation, Ops Yemen 1, and Malaysia’s participation in Thunder of the North, a joint military exercise in Saudi Arabia.

“So, I don’t know why this issue is being raised now. Maybe this minister is still in the opposition mindset of pointing fingers and looking for faults. 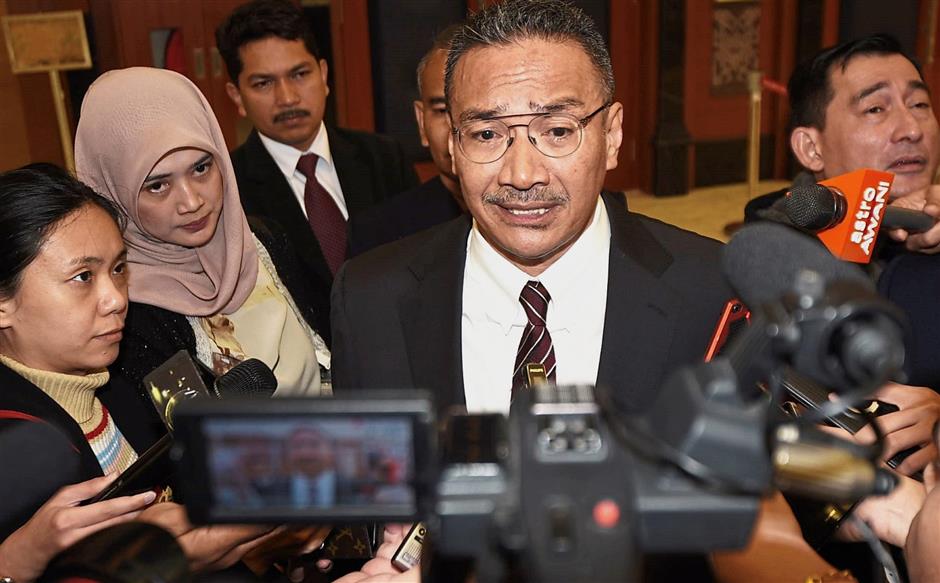 On foreign policy: Hishammuddin speaking to reporters at Parliament.

“Maybe they want to distract attention from their weaknesses.

“For me, I have already answered about our involvement in Saudi Arabia in Parliament,” he said.

Hishammuddin added that a total of 763 Malaysian students were evacuated under Ops Yemen 1.

“When people say that blood is on my hands, they did not speak about the 763 students that we saved in Yemen,” he said, adding there were still over 700 Malaysians left in Yemen.

“We have now pulled out our personnel.

Liew, when met at the Parliament lobby, insisted that Cabinet approval for such an operation was needed as it involved govern­ment expenditure.

He said it also involved the nation’s foreign policy of non-interference in conflict zones, unless under the auspices of the United Nations.

“The issue is that such a big decision involving RM14mil in three years and a large number of personnel should have been decided by the Cabinet,” he said.

Liew said Hishammuddin was confusing the issue by talking about Ops Yemen 1.

“No one is disputing Ops Yemen 1 as it involved the evacuation of Malaysians, but Ops Yemen 2 was against our foreign policy of non-interference.

“Ops Yemen 2 was not to evacuate Malaysians from the conflict zone but to assist the Saudi Arabia military coalition.

“If it was against this (non-interference) policy, it should have been decided by the Cabinet for an exemption,” he said.

Liew also noted that there was no need for Ops Yemen 2 since the 700-odd Malaysians in Yemen did not want to be evacuated as they had decided to remain behind.

He said Hishammuddin was free to raise the issue when debating the Defence Ministry’s allocation under Budget 2019 today.