Rosmah and Tengku Adnan arrive in court to face charges

KUALA LUMPUR: Datin Seri Rosmah Mansor and former Federal Territories minister Datuk Seri Tengku Adnan Tengku Mansor have arrived at the Kuala Lumpur Court Complex here where they are due to be charged.

Najib was holding Rosmah’s hand as they walked to the Sessions Court.

Tengku Adnan, who was detained by the Malaysian Anti-Corruption Commission (MACC) on Wednesday (14 Nov), arrived wearing a blue batik shirt at 1.54pm, accompanied by a small band of what appeared to be his supporters.

He did not address the media.

Tengku Adnan is expected to be charged together with property developer Datuk Tan Eng Boon in relation to the sale of land belonging to Kuala Lumpur City Hall. 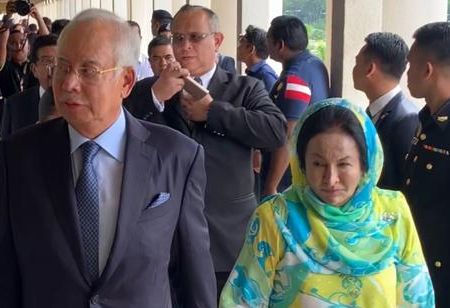 Rosmah and her former aide, Datuk Rizal Mansor, 44, are expected to be jointly charged with corruption related to the RM1.25bil solar hybrid project for rural schools in Sarawak.

On Oct 4, Rosmah was charged with 17 counts of money laundering involving RM7mil.

Meanwhile, Tengku Adnan is the third former Cabinet minister from the Barisan Nasional administration to be hauled to court since the conclusion of the 14th General Election on May 9. 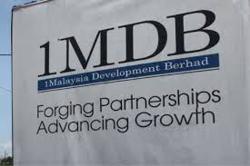