Former Selangor MCA Public Services and Complaints Bureau chief Datuk Theng Book (pic) said that many central committee members were unaware there was such a decision.

“We have asked and many are not aware of this redevelopment plan.

“It cost us a lot of time and effort to finally get details of the redevelopment plan.

“Reports claimed that a 70-storey building will be built but we did some investigation and confirmed it is going to be a 71-storey skyscraper.

“We do not want the party to change form because we will lose all autonomy of the building if there’s an approval (for it).

“Where will they get the money and how they will finance it? We want to know how it will be done, who initiated the application, and who sanctioned it.

“All these questions need to be answered by the party president,” he told a press conference here Monday (Oct 15).

Theng said that it was unusual for such a significant decision to be made without going through the central committee, party representatives, or via an extraordinary general meeting.

“I believe it is for something good. But why such secrecy?

“The party president should reveal the feasibility studies, plans, marketability and other details of the redevelopment plan,” he added.

According to the Development Order (DO), Theng said the redevelopment plan involved tearing down the existing 23-storey Wisma MCA to build a 71-storey skyscraper comprising, among others, 27 storeys of office space, a 24-storey hotel, four levels of multi-purpose halls, auditoriums, a museum, meeting and event spaces, as well as a nine-storey underground car park.

Theng added that both candidates for the president’s post in the upcoming MCA elections should state in their manifestos their thoughts on protecting party assets.

Also present at Monday’s press conference was former three-term former MCA vice-president and veteran Datuk Yap Pian Hon, who questioned what would happen to the ownership of Wisma MCA.

“Many of us were shocked when we heard about this plan. It concerns many party veterans who donated to keep the building from bank repossession in 1988.

“Nobody told any member about the plan and this is fishy. MCA is a democratic party and this should be done with transparency.

“What is the reasoning behind the redevelopment plan? Who is paying for it, especially with the economy slowdown now? Will the new building still belong to MCA?

“These are important questions to address because we are talking about party assets, which must not be affected due to personal interests.

“We demand the party leadership come clean on this,” he said.

Former Selangor MCA Public Services and Complaints Bureau legal adviser Datuk Lim Choon Kin said that Wisma MCA was the result of the blood and sweat of many veteran members who deserve to know what was happening.

“Was there any approval given by the party leadership, either the presidential council or central committee, to go ahead with this plan?

“I think the members deserve to know the truth,” he said.

Meanwhile, Theng said that those who are on party payroll and are running for election should resign.

“There are some grassroots leaders who are on the party payroll, drawing salaries between RM3,000 and RM5,000 each monthly.

“Some of them are also running for party election this time. They should resign,” he said, adding that he would reveal the names of those who did not after candidates file their nomination papers on Monday (Oct 15).
Article type: metered
User Type: anonymous web
User Status:
Campaign ID: 1
Cxense type: free
User access status: 3 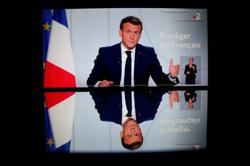