JOHOR BARU: A syndicate is moving around the country breaking into birdhouses where they not only steal the highly sought after swiftlet nests but also destroy young chicks and eggs, causing millions of ringgit in losses to the industry here.

The group is believed to be active in the last couple of years.

It is also learnt that the syndicate members are dangerous and armed with weapons such as parang and firearms while committing the acts.

This prompted many operators to increase security at birdhouses, including installing closed-circuit cameras and hiring security guards but still, it did not stop the break-ins from happening.

Former Federation of Malaysia Bird’s Nest Merchants Association president Datuk Lee Kong Heng has personally experienced the brute behaviour of syndicate members when his birdhouse in Kuantan was broken into on Sept 10.

“The incident happened at around 6.30am when the security alarm went off.

“When I arrived at the scene, I spotted the doors at my birdhouse damaged.

“Suddenly, two men came out of nowhere and slashed me on my right arm,” he said, adding that the robbers did not manage to steal any nests and escaped in a car parked nearby.

Lee said this when met during the association meeting here yesterday.

He said there were more than 60,000 birdhouses located all over the country.

He claimed that the syndicate was able to break into at least four birdhouses a day.

“Malaysia is the second largest bird’s nests exporter in the world where one kilogram can fetch about RM4,000.

“But the price might be even higher in the black market because the demand is always there,” Tan said, adding that Malaysia exported about 300 tonnes of bird’s nests a year.

The overseas market included China and the Middle East.

He said if no proper action was taken by the authorities and the government, including introducing stricter laws, then the industry would face a bleak future.

“The robbers are taking all the nests, including the ones that are not suitable and also destroying the eggs, as well as the chicks,” he said, adding that many operators had lodged police reports.

Tan said a meeting would be held with the authorities, including the police next month to find a solution. 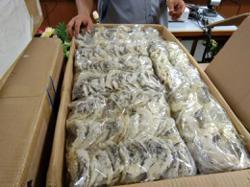 Five caught in Sibu for trying to smuggle bird’s nest 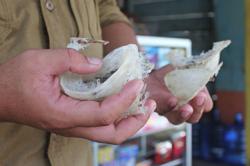