SEPANG: Two teenage boys and four men have been hauled up to the Sessions Court here for attempting to smuggle about 10kg of methamphetamine to South Korea earlier this month.

If convicted, they face the death penalty or life imprisonment and 15 strokes of the rotan.

The six were separately charged but no plea was recorded from them after a court interpreter read out the charges in Mandarin. 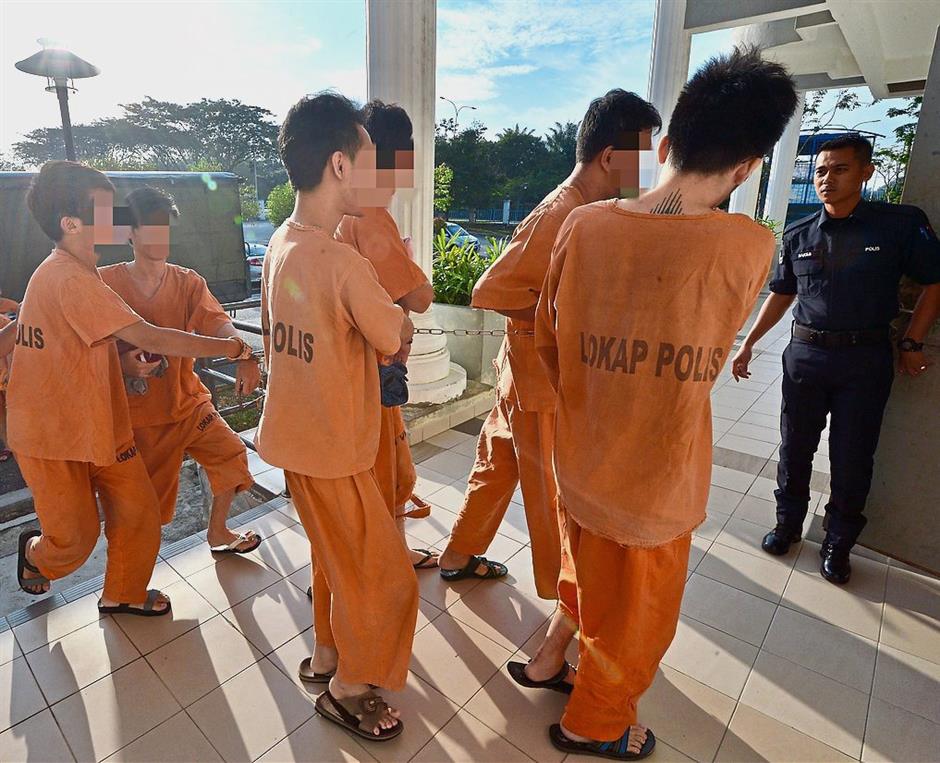 Serious offence: The six being brought to the Sepang court to be charged with drug trafficking.

Several family members of the accused were present in court and were later spotted waiting outside to catch a glimpse of the six as they were escorted back to the Sepang police station before being detained at the Sungai Buloh prison while awaiting trial.

On Monday, Selangor police chief Comm Datuk Mazlan Mansor announced that the police had busted a syndicate “exporting” drugs to South Korea following the arrest of six individuals at the KL International Airport 2 at about 6.35am on Aug 11.

About 10.43kg of syabu were seized following the arrest.

The six, believed to be drug mules, tried to conceal the drugs in 76 small packets on their bodies and inside the soles of their shoes.

Comm Mazlan said investigations revealed that the six were recruited by a syndicate advertising “job vacancies” via Facebook in the guise of offering an all-expense-paid trip overseas.

Two more suspects, one of whom is age 53, were detained on Aug 15 while waiting for their flight to South Korea. They are expected to be hauled to court soon.