PUTRAJAYA: Finance Minister Lim Guan Eng (pic) was shocked that Finance Ministry officials were denied access to certain accounts, while so-called "red files" were only accessible to certain parties.
He said the shocking revelation came to light during a briefing on his first day as Finance Minister.
"It is clear that the previous government has conducted an exercise of deception to the public about certain hot-button items, especially 1MDB and even misrepresented the financial situation to
Parliament," he told reporters at a press conference here  on Tuesday (May 22).
He said most red files were connected to 1MDB and other items.
"We want to make sure that there are no more red files," he added.
On the country's fiscal situation, Lim said that the nation's debt was actually above RM1 trillion.
He added that these figures would be made much clearer once the relevant statistics from the relevant ministries are consolidated.
Lim noted that the nation's fundamentals were still strong and that necessary adjustments would be made to meet the challenges.
Article type: metered
User Type: anonymous web
User Status:
Campaign ID: 18
Cxense type: free
User access status: 3 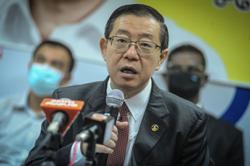 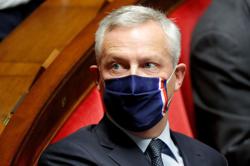