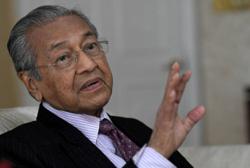 PLUS concession extension not finalised yet

“The Agong has told (DAP secretary-general) Lim Guan Eng that he has agreed to granting a full pardon to Anwar,” Tun Dr Mahathir Mohamad told a press conference Friday after a Pakatan Harapan presidential council meeting.

"We will go through the proper process of obtaining the pardon for Anwar. It's going to be a full pardon, which means that he is not only pardoned but released immediately," he added.

Dr Mahathir said that Pakatan would immediately begin the process of getting Anwar's pardon formalized.

When asked if Anwar would be a Cabinet minister, Dr Mahathir said that Anwar would have to become a member of Parliament first.

"That might take a long time," said Dr Mahathir.

The Agong had met with Pakatan leaders on Thursday, before giving his assent to appointing Dr Mahathir as the country’s seventh prime minister.

However, in March 2014, the acquittal was overturned by the Court of Appeal, and he was sentenced to a five years’ jail.

Anwar appealed to the Federal Court but to no avail, and has been serving his sentence in Sungai Buloh Prison.

PLUS concession extension not finalised yet 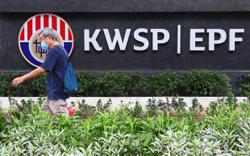