ANIMAL HEALERS: There are currently a total of 453 private veterinary clinics in Malaysia. World Veterinary Day was celebrated on April 28 throughout the globe.

THEY are doctors who diagnose “patients” that are unable to speak for themselves.

But despite an increase in the number of veterinarians in Malaysia, it’s still not enough to meet the growing demand for such animal doctors.

Currently, there are a total of 2,512 veterinarians nationwide registered with the Malaysian Veterinary Council.

However, Malaysia will need to more than double the existing number of vets to 6,200 in order to achieve the ideal ratio of one doctor per 5,000 population, as seen in developed nations like the United States.

“The numbers are increasing. Every year, about 150 new doctors are registered with the council.

Due to the high demand, he said temporary practising permits are given to qualified individuals where there is a lack of vets in the country.

At present, there are a total of 453 private veterinary clinics nationwide.

Dr Quaza Nizamuddin said the increased awareness in animal welfare and higher number of pet owners were among the factors driving the demand for more clinical practices.

He said the DVS was conducting a study with Universiti Putra Malaysia to look into the demand and supply of veterinarians in the country, to be completed in the next six months.

“The study will forecast how many animal doctors are needed and identify long term solutions on how to increase the numbers,” he said.

In conjunction with World Veterinary Day recently, the DVS held a two-day seminar in Sungai Siput, Perak to highlight the role of veterinarians.

“Veterinarians are sometimes underappreciated due to the lack of public awareness on their role in society.

“Aside from treating animals, vets also have a direct impact on humans.

“Vets are the ones involved in controlling zoonotic diseases (diseases that can be transmitted from animals to people) like rabies and avian flu, and preventing their spread to humans,” he said.

He added that urbanisation has shrunk the gap between wildlife and humans, increasing the need for experts to continuously monitor the situation.

“Most people are unaware, but veterinarians are working behind the scenes, conducting tests to ensure we don’t have an outbreak,” Dr Quaza Nizamuddin said, adding that each state has a surveillance programme to control such diseases.

Another significant duty of veterinarians lies in food production whereby their expertise is needed to increase productivity of farmers to ensure a steady supply of beef, milk, poultry and others.

“They also ensure food from farms is safe to be consumed,” Dr Quaza Nizamuddin said, adding that vets monitor animal feed as well to prevent excessive chemicals and hormones from entering meat.

He said while the role of veterinarians is recognised by those in related industries, there is a need to raise awareness on their contributions to the public at large.

Concurring with Dr Quaza, Malaysian Association of Food Animal Veterinarians president Datuk Dr Vincent Ng In Hooi says there is always a demand for veterinarians, especially in the food production industry to ensure the animals used for meat are disease-free.

“There is a constant shortage for vets because they are needed to check the animals involved in food production like chickens, pigs and cows.

“Everybody needs food and healthy food, for that matter. But not everyone has pets.

“This makes the food production one of the major sectors in need of vets,” he says, adding that there are about 150 food animal veterinarians registered under the association.

Dr Ng says the top types of meat in the RM15bil livestock industry in Malaysia are chicken and eggs (75%), followed by pork, beef and mutton.

Society for the Prevention of Cruelty to Animals (SPCA) Selangor chairman Christine Chin said currently, shelters are not allowed to hire full-time veterinarians to be based at the premises.

She pointed out that this has raised the cost of running shelters significantly as they would have hire animal doctors to tend to cases.

“It would be better to have a full-time veterinarian at shelters to deal with the large volume of animals at one location,” Chin said, adding that foreign veterinarians can also be roped in to work in stints or on a temporary basis to fill the need.

She also hoped the authorities will consider subsidising spay and neuter services in an effort to help control the number of stray dogs and cats in the country. 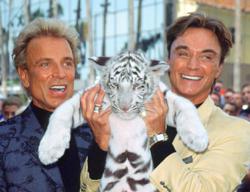