This marks the first of a year-long series which will take place in other parts of the country throughout the year, offering job vacancies for anyone regardless of age and qualifications.

Some 15,000 jobs and training opportunities were offered by more than 150 companies, including government-linked companies (GLCs) and private corporations, from various industries.

MAEPS was dotted with food trucks and stalls selling craftwork while visitors were treated to energetic stage performances, meet-and-greet sessions with cartoon characters from Didi and Friends as well as Art of Speed exhibition.

Further hyping up the event and sharing their life experiences with job seekers were artistes such as Faizal Tahir, Aiman Tino, Sufian Suhaimi, Kumpulan Zero, Wany Hasrita and Haqiem Rusli.

Lucky draw sessions were held hourly during the two-day programme, and attractive prizes such as motorcycles, smartphones, laptops and electrical appliances were given away.

Officiating at the launch of the event was Prime Minister Datuk Seri Najib Tun Razak, who commended the efforts by SL1M. He also expressed appreciation towards GLCs and the private sector for their contributions to the scheme, especially its training programme.

“I have urged corporations to implement the SL1M programme if they seek to acquire government contracts.

“This is their Corporate Social Responsibility. It’s not only about making profit but about giving back to society. It’s about building a fair and equitable Malaysia,” he said.

Under the SL1M training programme, graduates with a degree, masters or PhD qualification who have difficulty finding jobs will be taken into participating companies.

For up to 12 months, they will be trained and equipped with skills and knowledge, while being given a monthly allowance. 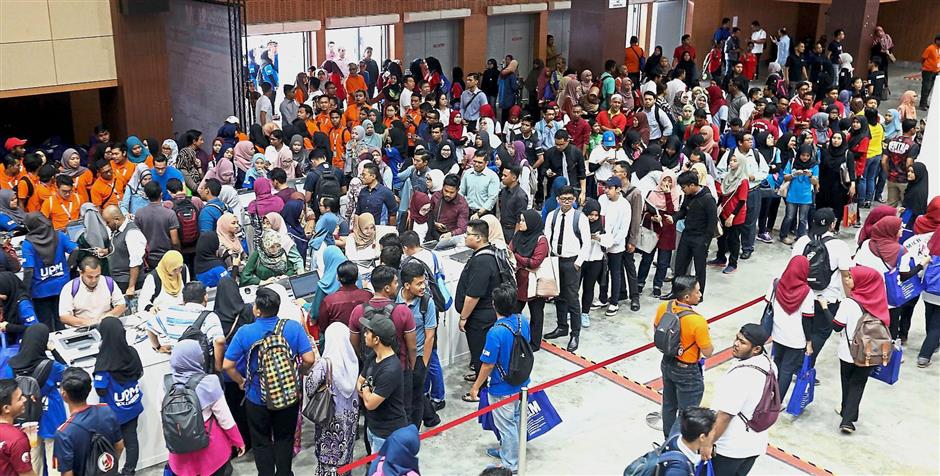 Opportunities aplenty: The SL1M Open Interview Programme 2018 is an annual programme that offers job vacancies for anyone regardless of age and qualifications.

Quite often, the companies will absorb these trainees into permanent employment should they succeed in the training.

The hall erupted in deafening cheers when Najib announced an increase in the monthly allowance of SL1M trainees from RM1,500 to RM2,000 to further help trainees. 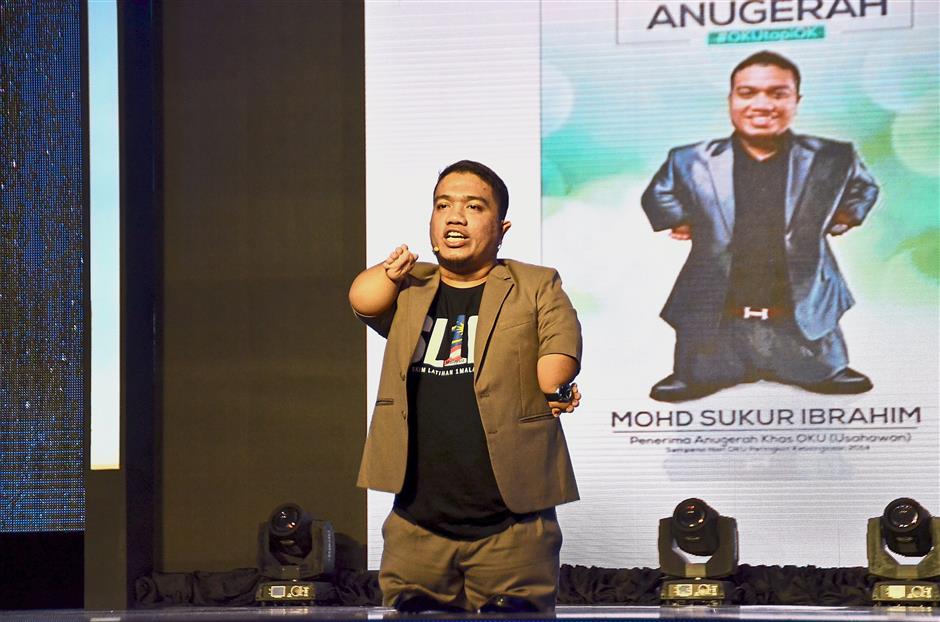 Persevere: Sukur advised job seekers not to give up if they fail as it is part of the learning process.

During the launch, SL1M also awarded industry players for their participation, commitment and investment throughout the years in contributing to the success of its programmes.

This was based on the feedback by SL1M trainee alumni as well as the company’s comprehensive training programme, the exposure given to trainees and the chief executive officer’s involvement in every programme. 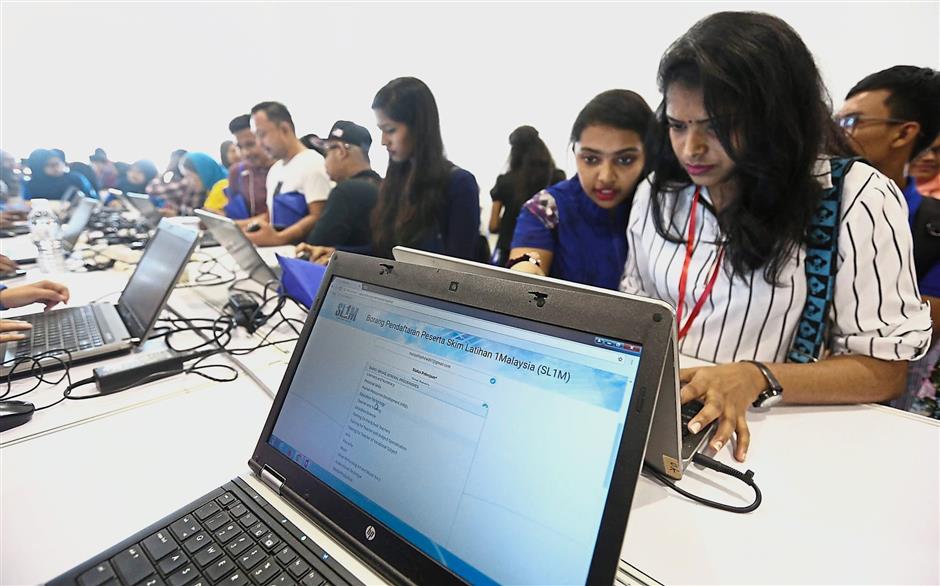 Preliminary step: Job applicants registering themselves before the on-the-spot interviews.

The company is committed to helping and improving the skills of the trainees. If UEM does not take them in as employees, they can still apply those skills in other companies, he said.

“The programme is done in an orderly and structured manner to benefit the trainees so that they can get the maximum out of it.

“We also ensure the right people are involved in the programme, including seniors and trainers who are willing to guide the trainees,” he said.

Since SL1M was initiated in 2011, over 144,000 graduates have benefited from both training and open interview programmes. 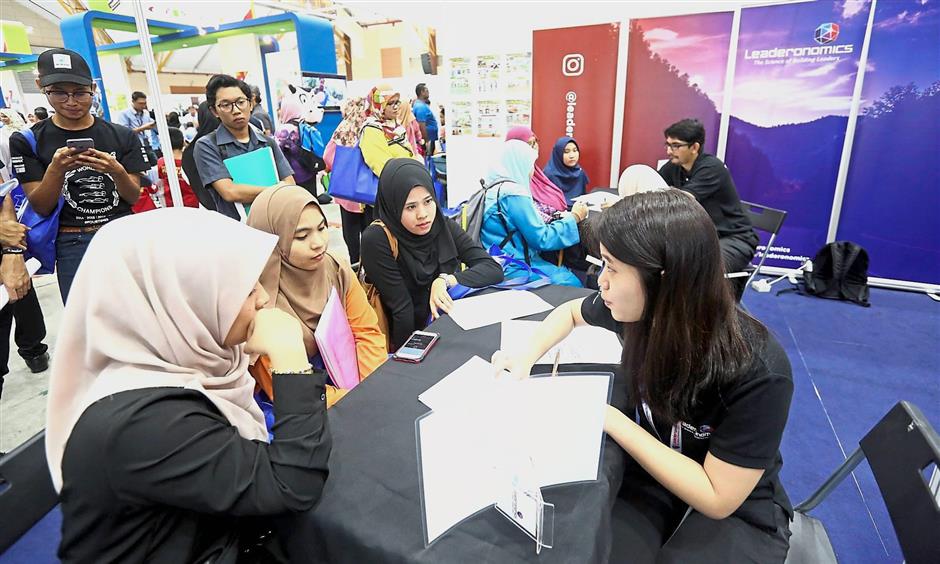 Career path: Some 15,000 jobs and training opportunities were up for grabs during the two-day programme.

SL1M secretariat head Norashikin Ismail said they are targeting to help over 25,000 graduates and trainees this year to get good jobs.

“As for the increased monthly allowance of RM2,000 as announced by the Prime Minister, we have yet to confirm when this will take effect but it will be soon.

“We’ll discuss with industry players when it will take place,” she said at a press conference.

Sharing his experiences and success story was Mohd Sukur Ibrahim, an entrepreneur who was born with physical disabilities.

“Don’t give up after one failure. Failures are all part of the learning process to help us improve.

“Be hard-working and never give up because there will always be opportunities out there. Grab it, do your best and be consistent.

“If the company takes you in, then it’s good. But if it doesn’t, at least you’ve learnt something from the company,” he advised.

Everyone has a choice of thinking positive or negative, so why not choose positivity, he stressed.

The IT graduate used to be sensitive and be teased about his physical shortcomings.

“But we won’t get anywhere if we dwell on it. I have learnt to accept myself and am happy with what I have,” said the motivational speaker and author.