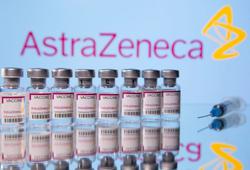 GEORGE TOWN: Lithuanian artist Ernest Zacharevic (pic), famed for his murals in the heritage enclave here, appears to have been barred from entering Malaysia, going by his Instagram post.

Zacharevic, 31, posted on his Instagram Story that he was not allowed to enter Malaysia.

“I know everyone is worried so just letting y’all know that I’m safe and sound, breathing fresh air of freedom in Singapore.

“I’ll be here till I figure out where I’m heading next. But for now I think I’m gonna stay away from Malaysia for a while...” he wrote recently.

Local art enthusiast and a friend of Zacharevic, Tan Chor Whye, said the matter was “no big issue”.

“Normal immigration procedure for visitors. No worries. Everything’s good,” he said when contacted.

Zacharevic did not mention when and where he was disallowed from entering Malaysia.

“Stamp in my passport does not allow me to enter Malaysia.

“No one specified why and for how long,” he added in the post.

Immigration officials could not be reached for comment yesterday.

Zacharevic is engaged to Sheena Liam, the Malaysian winner of the reality TV series Asia’s Next Top Model Cycle 2 in 2014.

He proposed to Liam, 26, via a huge signboard in Lithuania last July.

Liam has said then that they may have a summer wedding in Lithuania and receptions probably in Kuala Lumpur and Penang.

Zacharevic received worldwide acclaim in 2012 after creating a series of street art murals for the George Town Festival in Penang.

The two most popular are Children on a Bicycle and Boy on a Bike. 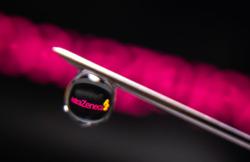