In excerpts of his memoir published in South China Morning Post, Kuok said he remembered being invited to a brainstorming seminar in Jakarta when Indonesia was under General Suharto and he talked about the migrant Chinese.

He said there were about 30 people who sat around a big oval table. From Malaysia, there was (foreign minister Tan Sri) Ghazali Shafie and himself. From Singapore, there was Devan Nair, who later became President of Singapore. The topic of one session was economic development.

Kuok said he spoke about the South East Asian Chinese who were playing sterling roles everywhere and were entrepreneurs blessed with business brains, though many of them lack financial backing.

“The mark-up on the goods they sell is very small; thus, they play a vital role in the chain of distribution.

“Should not the leaders of this brand-new Indonesian nation harness more of the Chinese entrepreneurs’ energies to develop the country? The Chinese can do it, and they will do it economically, not the bulldozing, multinational way. Use the overseas Chinese, shoestring-economy style and build up your economy like that. That’s my plea,” he said.

Kuok said he concluded his discussion with "one strong caveat.”

“Some of these overseas Chinese will become very big crooks, and if you let them run rampant they could ruin your nation.

“Therefore, it is vital that you also build up an executive monitoring arm, one armed with teeth.

“Where there is abuse and crimes being committed, you must come down very fast and very hard and punish the crooks severely.

“You should make examples of them so that the honest Chinese will help your country and the dishonest ones will be deterred,”  Kuok said.

In the ensuing years, Kuok said Indonesia (and most other countries in the region) didn’t heed his warning about the need for watchdog institutions with bite.

“The decent Chinese have helped to build up Indonesia, Malaysia, Thailand and the Philippines, and made these countries what they are today.

“But you also had the rise of the unscrupulous and ruthless Chinese, who in turn have devastated many parts of Southeast Asia.

“Why were these people allowed to wreak havoc? It is because the leaderships have been weak.

“If the leaders were strong, all these devils would have disappeared overnight.

“Singapore had the same number of Chinese crooks, but you try and find one today. They are all hidden, camouflaged, or dormant.

"The crooks were held on steel leashes by two hands: Lee Kuan Yew’s left hand and Lee Kuan Yew’s right hand. With the unsavoury elements under control, look what Singapore has been able to accomplish by harnessing the energies of the overseas Chinese.”

"Robert Kuok, A Memoir’ is set to be released in Malaysia on Dec 1. 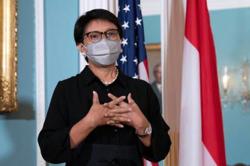