PUTRAJAYA: A slew of projects aimed at easing the financial burden of the people and worth billions of ringgit is set to kick off the new year.

These measures are intended to help the rakyat cope with the challenges posed by the rising cost of living, and aim to push up income levels especially for B40 (bottom-40) households.

Besides projects approved under the Budget, new announcements are also expected to be unveiled in the coming months, ahead of the general election expected to be called possibly in March or April.

Highly placed sources said those involved have been told that the projects must start by next month.

“The order is out, these projects must get off the ground as they are aimed at reducing the burden of the people,” an official said.

Also in the offing is a digital education programme aimed at reducing the burden of parents. 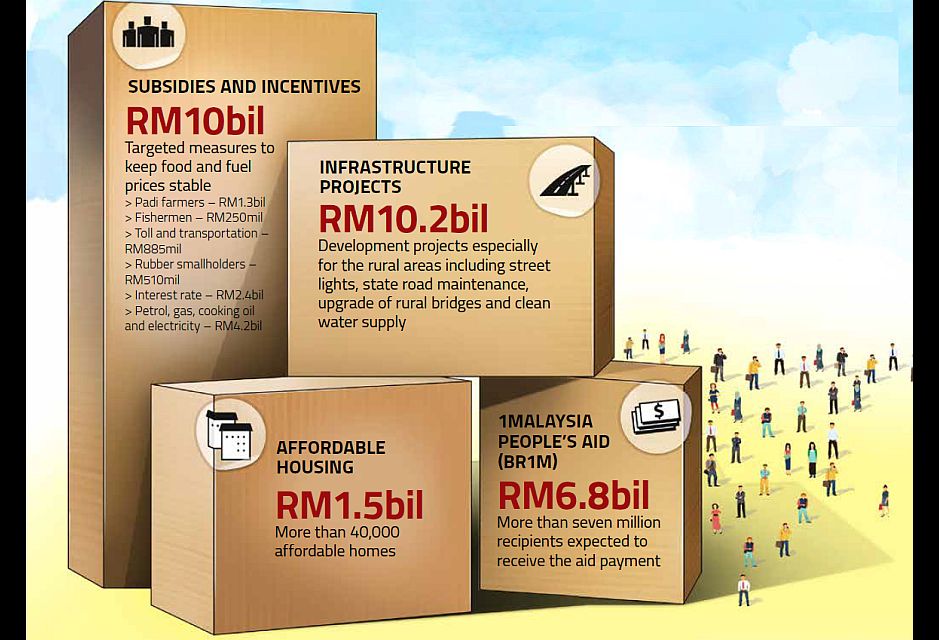 The sources said the Prime Minister was determined to push the projects through.

For B40 households, the continuation of the BR1M aid payment next year with a RM6.8bil allocation will offer some good news.

In addition, several measures previously announced to help the B40 will be further expanded from January. These include the MySuria solar panel programme, where panels are installed at the households of lower income earners.

About 1,600 homes will be fitted with solar panels, and electricity that is generated by the solar panels will be sold to Tenaga Nasional Bhd while participants will receive a monthly payment of RM250 each.

Another example is the Mobile­preneur Programme targeting youths. Under the programme, each participant will be given a motorcycle equipped with a storage box and basic tools worth up to RM10,000 so that they can earn a living doing basic automotive repairs, wiring or servicing air conditioners.

An agropreneur programme that will train those wanting to get into agriculture will also be offered to more participants next year, with a RM100mil allocation.

The current e-Usahawan and e-Rezeki programmes implemented by Malaysia Digital Economy Corporation (MDEC) will also be ramped up in order to guide more youths, small businesses, rural folks, single mothers and housewives to benefit from e-commerce. 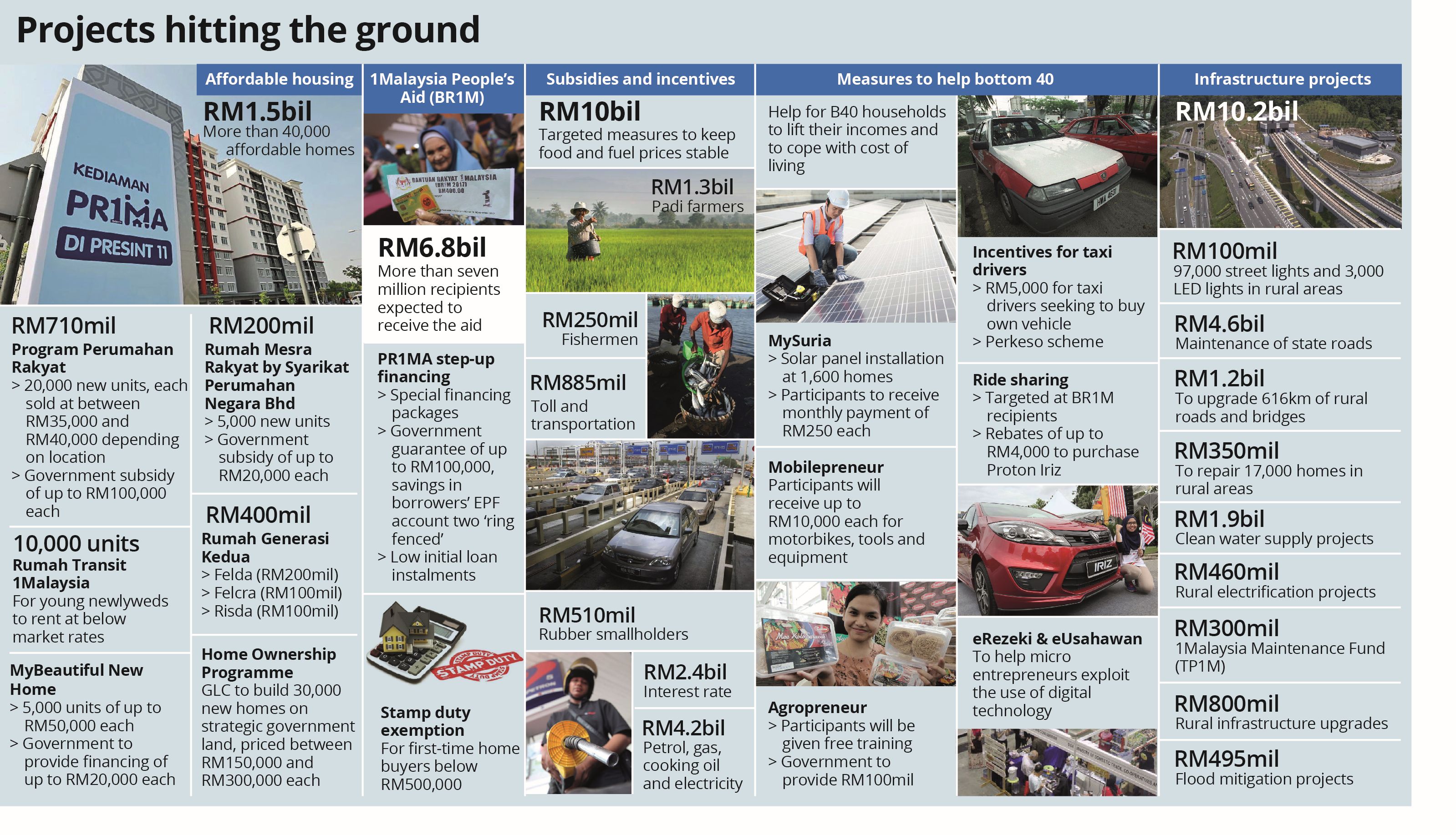 Click on image for actual size.
Next year will also see the implementation of more than RM10bil worth of infrastructure projects ranging from upgrading rural roads and bridges to clean water supply.

Moves to address a shortage of affordable housing will also accelerate from January with more than RM1.5bil worth of projects involving more than 40,000 units.

To maintain stable food and fuel prices, more than RM10bil will be spent next year on targeted subsidies and incentives.