Special panel to look at ways to strengthen Syariah Court 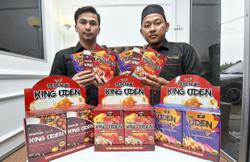 KOTA BARU: A special national committee to discuss ways to further strengthen the Syariah Court has been mooted due to the controversy involving initiatives to enhance punishment under Islamic laws, says Datuk Seri Jamil Khir Baharom.

The Minister in the Prime Minister’s Department said the relevant stakeholders and political leaders would be appointed to the committee.

“It is timely to set up such a committee to discuss ways to strengthen the Syariah Court in a holistic manner by including the various stakeholders,” he said after meeting Kelantan Mentri Besar Datuk Ahmad Yakob here yesterday.

Jamil Khir said he would submit the proposal on the special committee to Prime Minister Datuk Seri Najib Tun Razak.

The Islamic Religious Deve-lopment Department (Jakim) will supervise the setting up of the special committee, he added.

Deputy MB: Syariah Court will decide where to cane

‘Caning move is against national obligations’