PETALING JAYA: For all that he had given to lay the foundation for the growth of Kuala Lumpur, the descendants of Yap Ah Loy, who are now into the sixth generation, will surely want his contributions as the third Kapitan Cina of Kuala Lumpur remembered as part of the nation’s history.

The family is, of course, delighted that soon, Yap’s name will be immortalised in stamps by Pos Malaysia.

James Yap Mook San, 79, the great-grandson of Yap, said people were free to debate whether Yap was the founder of Kuala Lumpur or not.

“But you cannot change history. It is important to note that he helped to end the (Selangor) civil war in 1873.

“After the civil war right up to 1885, the town was ravaged by floods and fire. He did not run away. He rebuilt the town within three to four years,” he said during a gathering of Yap’s fourth to sixth generation descendants in Kelana Jaya yesterday.

James, who lived with Yap’s second son Loong Shin for about five years, added that one of Yap’s strategies that helped him win the war was the bamboo cannon experts he brought in.

“Yap also knew the routes that the enemy came in from, such as Rawang, Kepong and Pahang. He also camouflaged pit traps and many fell inside them, giving Yap the time to attack,” he added.

“Immediately after the war, he went into rebuilding the town by setting up accommodation for employees, hospitals, schools a temple and a market,” said James.

Big clan: James (seated, second from right) having a group photograph taken with the other descendants of Yap Ah Loy during the gathering in Kelana Jaya.

Datuk Kevin Lai Tak Kuan, who headed the organising of Yap’s annual memorial ceremony to commemorate his contributions, said it is important to highlight that stories about Yap were not fabricated or sensationalised.

Lai revealed that commemorative stamps and first-day covers featuring images of Yap would be rolled out within a month, as a homage to the kapitan.

James, who suggested the commemorative stamps years ago, said it was not only a proud moment for Yap’s descendants but also people from Kuala Lumpur and Selangor.

“It is unfortunate that he died young (aged 48) but thank God, the foundation (for the growth of Kuala Lumpur) had already been laid,” he said.

James’ son Glenn, who is in his 40s, hailed Yap as the key figure in developing Kuala Lumpur by putting in infrastructures and public amenities.

“During the 1880s when the town was hit by fires and floods, wooden buildings and structures were destroyed.

“Frank Swettenham, the British Resident of Selangor, ordered buildings to be constructed using bricks. Yap led the way by setting up a brick factory,” said Glenn, adding that the place is now Brickfields.

Yap, a Hakka from Huizhou, was born on March 14, 1837. He left China for Melaka when he was only 17 and arrived in Kuala Lumpur when he was 25. He started off as a miner and petty trader and his fortunes improved when his friend Liu Ngim Kong became the Chinese kapitan. 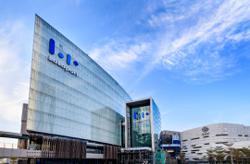