'Most of the bodies or the skeletal remains were males, and between 70% and 80% of them are believed to be foreigners.' - Dr Mohd Shah Mahmood

EXCLUSIVE: KUALA LUMPUR: Every year, a few hundred people die as unknown persons. Just last year, 531 bodies were not claimed, according to the National Institute of Forensic Medicine.

Its director Dr Mohd Shah Mahmood said most of them were found dead in public areas such as five-foot ways, rented rooms or houses, bushes, lakes and rivers, and also on roads due to traffic accidents.

Most die of natural causes while the rest die in accidents or from suicide, homicide and undetermined causes, he added.

“Most of the bodies or skeletal remains were males, and between 70% and 80% of them are believed to be foreigners as they did not have BCG injection scars,” he said.

“Almost all of them had no documents on them.”

Last year for instance, of the total unclaimed bodies at Hospital Kuala Lumpur (HKL), only 1% was identified but their families could not afford to bury them and asked the hospital to do it instead, he added.

Of the unclaimed bodies in 2015, 161 were out of the norm, believed to be Rohingya and Bangladeshi human-trafficking victims found in mass graves in Wang Kelian, Perlis, near the Malaysia-Thailand border.

Dr Mohd Shah said the unclaimed bodies were not an issue because a policy and system were in place for burial or cremation.

If the deceased could be identified, the body would be released to the family members, he added.

“After that, hospitals will initiate the process for hospital bu­rial or cremation (for non-Muslim),” he said.

Asked which bodies had been kept longest in hospitals, he said it was one month for Muslim bodies and up to three months for non-Muslim bodies.

“We can cope and manage all the unclaimed bodies,” he added.

Every state has at least one forensic expert who can do a post-mortem except for Perlis, which comes under the purview of Kedah, Dr Mohd Shah said.

A small percentage of intact fresh bodies would be released to universities for research purpose, he added.

Dr Mohd Shah added that the authorities could generally tell if the dead are Malaysians if the bodies were still fresh, even if they were homeless, as they could compare the fingerprints with the National Registration Department’s database.

However, for foreigners, only those who entered the country legally would have fingerprints taken by the Immigration Department and it would be difficult to determine the identity of those entering without documents, he said.

The authorities could check the Bukit Aman’s fingerprint database, too, but it kept only the fingerprints of offenders, he added.

For unknown bodies, Dr Mohd Shah said hospitals would collect samples such as blood tissues or bone (with bone marrow) for DNA analysis.

“We will then hand over the samples to the police and they will send them to the Chemistry Department, which will analyse and keep the DNA profiles but does not store the tissues,” he said.

He said that it was difficult to get embassies to assist with bodies that did not have documents.

“Embassies are not willing to claim responsibility even if the deceased has Indonesian or Bangla­deshi features, as they felt they could not confirm which countries the deceased was from,” he added.

Asked if the faces of the unclaimed bodies could be put on hospitals’ websites or on social media so people with a missing relative could check, he said it was a good idea but suitable only for fresh bodies.

However, he was not sure if the public would embrace such a move.

Abandoned and pining for family

. . . dumped when they are in need with nothing else to give 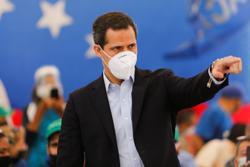