Abandoned and pining for family EXCLUSIVE: KUALA LUMPUR: At first sight, it seems like most of them were just waiting to die.

The “normal” ones wear a forlorn look while those with mental illness stare into space.

These are the unwanted – senior citizens sent to old folks’ homes after being discharged from hospitals as their families do not want to take them home.

Most of the 50 residents at Al-Ikhlas Old Folks Care and Treat­ment Home at Kampung Pulau Meranti, Puchong, are bedridden.

They live with medical conditions such as diabetes, high blood pressure, heart problems, dementia and Alzheimer’s.

Sixteen caretakers look after them – feeding and bathing those with serious physical disabilities.

Former lorry driver Abu Abdul Talib, 52, lost the use of his right leg after being involved in a traffic accident in Singapore three or four years ago.


He was sent here from Hospital Kuala Lumpur as his family in Teluk Intan, Perak, could not take care of him.

A dark mood descended over Abu as he spoke about his family, who visit him irregularly.

“I have four children, three are still in school and one is working. My wife works as a babysitter to support the family,” said Abu.

Aladib Abdullah, 74, from George Town, Penang, broke down during the interview.

He is no longer on good terms with his ex-wife while his son and daughter take turns to visit him.

“I’m losing my memory. I cannot remember many things. I miss my friends. Please come and visit me.

“We’re suffering not because we don’t have food or drinks. There’s something we miss in life,” said the former employee of an English daily.


The mood is lighter at Tong Sim Senior Citizens Care Centre, where more residents are able to take care of themselves, at least partially.

Former butcher Hoo Chin Chan, 78, has been living at the centre in Jalan Dewan Bahasa for 11 years. This was after being discharged from UKM Medical Centre.

He was hospitalised for two to three months after a foot surgery and relies on a walking frame to get around now.

Hoo still visits the hospital for high blood pressure, diabetes and cholesterol checks. He has siblings but was not keen to talk about them.

“What more do you want to ask?” he said impatiently when asked more about his family history.

He only lightened up when the topic was switched to the living conditions at the centre, one floor above a funeral parlour.

“There’s nothing to complain. We’re given three meals a day and those who are fit can go out to buy food,” he said.


Volunteers would take the residents out to restaurants for their birthdays.

The centre also hires a driver to take the residents to hospitals for check-ups and they get RM50 each a month as pocket money.

Voluntary Chinese medicine practitioners take turns to check on the residents every week.

After recovering from tuberculosis in 2015, Ng was sent from the Selayang Hospital to an old folks home in Seremban before being transferred thanks to a friend’s referral.

“I have four siblings but they have their own families, so I don’t want to bother them,” said the former construction worker.

“It’s better than when I was working and living alone. Most of us become friends after living here for a while.

“We cook and clean after ourselves. The volunteers help us with more difficult chores like cleaning the windows and changing the curtains,” he added.

. . . dumped when they are in need with nothing else to give 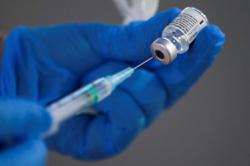