KUALA LUMPUR: The “sound, smell and colours” produced by Malaysian companies will be protected under amendments to the Trade Marks Act 1976.

Another provision that would be included is the procedure for single filing. This allows for a person to get protection from various member countries under the World Intellectual Property Orga­nisation (Wipo).

“It will be tabled in Parliament in March after we get the go ahead from the Domestic Trade, Co-operatives and Consumerism Ministry and the Attorney-General’s Chambers,” he said during a seminar by the Institute for Democracy and Economic Affairs (Ideas) entitled “Are Intellectual Property Rights Under Siege in Malaysia?” yesterday.

“There are a lot of new provisions, especially on the NTM (new trade mark) issues such as sound, smell and colours, and the procedure for single filing to get protection from the various member countries under Wipo,” he said.

The timeline for the law to be in place would be before 2018 or the first quarter of 2018.

Abdul Aziz said changes to the law would still be carried out although US President-elect Donald Trump would likely withdraw the United States from the Trans-Pacific Partnership (TPP).

When asked whether the relevant laws would still be amended if the TPPA was cancelled, Domestic Trade, Co-operatives and Consumerism Ministry principal assistant director Burhan Irwan Cheong said that the law reform would continue.

“But there may be internal review on some of the standards that we are going to introduce purely because of TPP obligations.

“That internal review has not been finalised. There will be a discussion with the lead ministry, Miti (Ministry of International Trade and Industry) this week.

“At any one time, there is only one president of the United States. It is difficult to jump the gun although the President-elect has come out with quite a strong statement of the TPP, while the current administration of the US’ (stand) is that they are not going to abandon the TPP,” he said.

International Trade and Industry Minister Datuk Seri Mustapa Mohamed had previously said that there were 18 laws and regulations to be amended as part of the TPP agreement ratification process, covering areas such as labour and intellectual property rights.

The changes to some of these laws are not just to comply with the TPPA, but are a result of Malaysia’s ongoing domestic review to strengthen and update legislation to facilitate trade and fulfil the country’s international obligations. 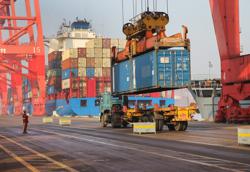