Everyday life in Brunei under hudud 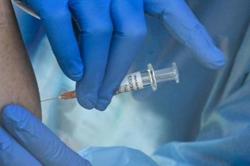 Business not as usual: Restaurants are empty during the fasting month. No one is allowed to dine-in therefore non-Muslims are only allowed to take away food to eat at home. (inset) Shops are closed during Friday prayers.

BRUNEI is the first Asian country to implement the highly controversial hudud law. All Bruneians, including its non-Muslims, have to adjust their lives to fit into the lifestyle of the majority Muslims.

Since PAS announced its intention of implementing the hudud law, Malaysians have been curious as to the possible reaches of the hudud law. Many wonder how the average Bruneian lead his day-to-day life, two years into the implementation of the law.

Sin Chew Daily recently crossed the border to take a peep into what life is like under hudud.

Malaysia is a secular country with Islam as the official religion.

However, the Constitution has provided equal treatment for all citizens of different races and religions. As such, before a new policy is implemented in our country, the Government takes into consideration the needs and feelings of Malaysians of different ethnic backgrounds to ensure the rights of all its people are protected.

But things are not quite the same for those in Brunei, which began implementing the hudud law in stages from 2014.

Despite powerful backlash from the international community, in particular the Western media, Brunei has been insistent in implementing the hudud. As if that is not enough, the hudud enforcement covers a very broad aspect and has made its way into the day-to-day lives of even the non-Muslims there.

In Brunei, the non-Muslims’ right to eat freely during the fasting month is no longer in place. Enforcement personnel have been dispatched to arrest locals and even tourists found eating in public during fasting hours.

Eating and smoking at all eateries, including restaurants, coffee shops and food stalls, are strictly prohibited and offenders can be fined a maximum of B$4,000 (RM12,175) or jailed up to a year, or both.

Limited choices: A customer shopping for canned food at the non-halal section of a grocery shop. Non-halal food products can only be purchased at shops operated by Chinese traders.

However, a local resident said the fine for eating in public during fasting hours was usually just B$300 (RM913).

The fasting month could be a very inconvenient time for non-Muslims, especially foreign tourists. The moment you wake up, fasting is full on and you can only buy takeout food to eat inside the hotel room.

In the sultry heat in the capital Bandar Seri Begawan, many non-Muslims hide in the toilet to get a few sips of water. Anyone caught drinking in public could be grilled on social media as well as in court.

Businesses also feel the pinch, with restaurants taking the brunt of the food ban. A restaurant owner said her business plunged by 80% during Ramadan.

Almost empty streets: All Government departments and shops must be closed during Friday prayers.

Customers are not allowed to eat in the restaurant during the fasting hours but food can be bought and taken away.

She said many tourists were still not aware of the ruling and continued to visit the country for holidays but this year, many have opted to stay away.

Several other people in town said many caught eating in public during the fasting month were summoned.

“People will take a picture of you eating and then report you.”

Some of the shops in town have chosen to risk opening their restaurants to dine-in customers to keep their business. 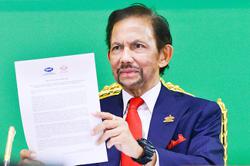