PETALING JAYA: There is little that the Road Transport Department can do about bidders who “hoard” registration numbers and resell them at higher prices to vehicle owners, said a department spokesman.

“We do not pick and choose the people we sell the numbers to. So, the hoarding of registration number plates and reselling is not illegal,” said the JPJ spokesman.

He explained that the procedures allowed for the highest bidder to get the number plate.

However, he said the department would keep tabs on the situation following growing public complaints about the matter.

“We are aware that many car owners are not pleased as they feel these numbers are being hoarded. We are looking into how we can fix this situation,” he said.

As for the bidding process, the spokesman said that JPJ would first put up the number for bidding with a minimum price tag.

“The bidding then starts and the highest bidder will get that number plate. We will, of course, look into their record.

“If the bidders are from companies, we will make sure they have a valid registration and are not foreign companies.”

“Once the bidder has been confirmed, they need to pay 50% of the amount. After the money is collected, we will open the tender box and rank it.”

He said the successful bidder must make the full payment within a month.

The buyers, he said, were free to sell on the registration numbers to others at a marked-up price. He said there were three categories of numbers – golden, popular and “interesting numbers”.

The bidding price for popular numbers starts at RM300, he said, while “interesting numbers” starts at RM2,000.

A check on websites selling number plates showed that they were offering them at prices that were way above the minimum bidding price set by JPJ. 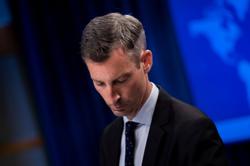